The campaign will include a TV big push for its role-play products, as well as an increased social media presence. 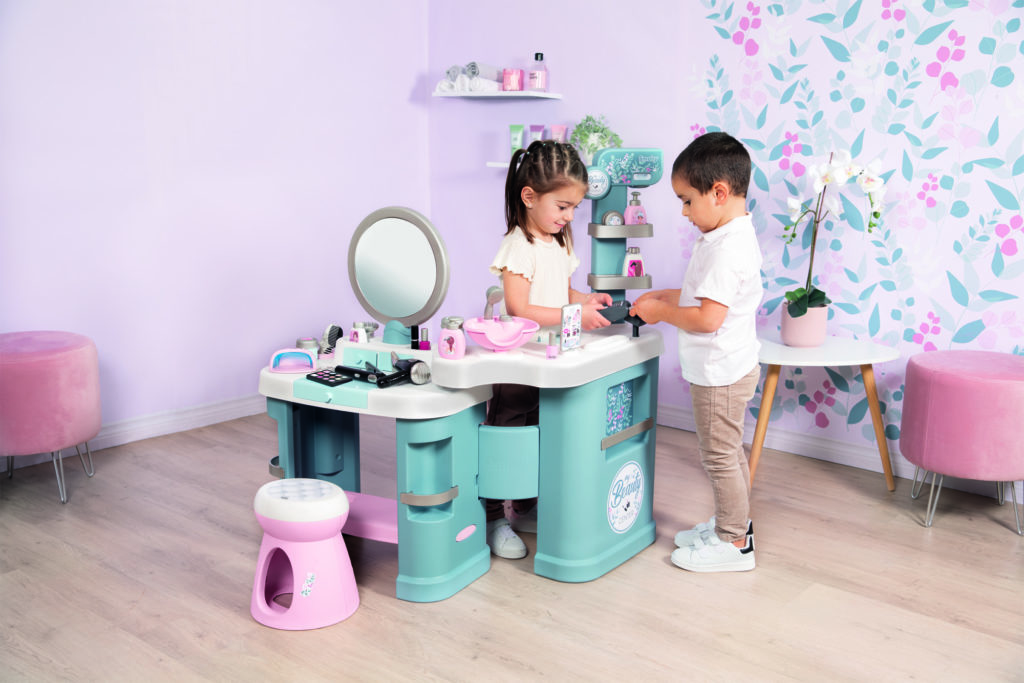 Simba Smoby UK will increase its marketing drive into autumn with more TV  advertising and an extension of social media to include tie-ups with celebrity influencers.

Last year, NPD retail sales across the Smoby portfolio were just under £7m for the full year, surpassing targets by 38% and for 2021 YTD Smoby has seen an 81% growth in the playhouse sub-category, driven by the Nature Playhouse with Kitchen, the Chef House and the Garden House, as well as slides. The brand is up 39% YTD with the growth momentum set to continue in the second half, with role play ramping-up from September. Outside of NPD, other retailers have come on board to support the brand which has also seen many independent retailers join Smoby’s drop ship programme, further contributing to the growth.

Central to the strategy has been TV, and this kicked off in late spring with an Outdoor TV campaign featuring playhouses, helping to generate major sales uplift across playhouses and slides. This will be echoed though autumn with a new TV drive on the role play ranges, which feature kitchens, workbenches and supermarkets.

“Smoby’s TV presence has really grown in recent seasons, and we’ve seen the results across the board with sales,” said marketing manager Mayur Pattni. “Now, with autumn being the time when our key role play items come to the fore, turning on the TV will be essential to keeping the Smoby brand top of mind with parents.”

The brand also enjoys regular partnerships with celebrities and high-profile social mums and their children, with endorsement proving highly effective in both sales and engagement. Highlights include Billie Faiers’ husband Greg Shepherd posting a series of content for the Smoby Teepee, enjoyed by their son, Arthur. Smoby has also established a number of other partnerships this summer with high-profile parents and celebrities including Gemma Atkinson, Rebekah Vardy, Stephanie Davis and Mario Falcone.

“The celebrity and influencer endorsement remains a key part of strategy,” added Mayur. “Our Q2 celebrity push had a combined following of over 5m with 11 top names being involved.  This is enhanced with our mums’ reviews across blog and Instagram platforms. At just half way through the year, we are looking forward to this activity continuing as the holiday season approaches and the focus switched from outdoor to indoor.”