Inspired by the release of Jurassic World Dominion, new sets feature the largest assortment of dinosaurs ever in Lego brick form, along with characters from the movie. 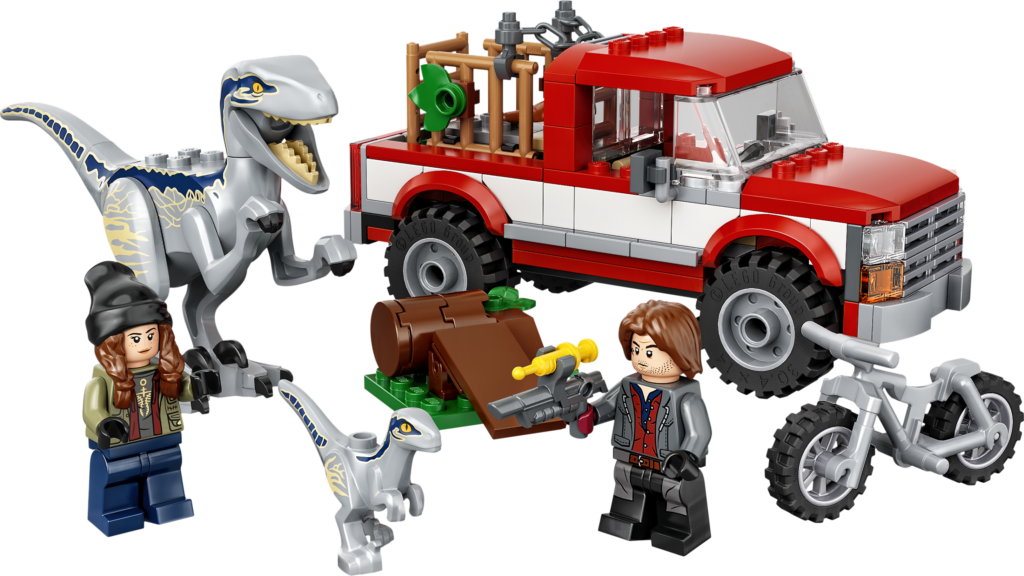 Continuing to expand the portfolio for Jurassic World fans globally, the collection includes a Lego Duplo Dinosaur Nursery for younger builders; a 27-piece set suitable for ages 2+ which includes a Triceratops in a cave, a Pteranodon in a nest and a Brachiosaurus using its long neck to nibble leaves from the tree.

Children aged 4+ can enjoy the Lego Jurassic World Pteranodon Chase; a 91-piece set which includes a brick-built dock, fish stall and buggy, Pteranodon figure and Owen Grady and Maisie minifigures with a fishing rod and lasso.

Also for this age range is the Lego Jurassic World T. Rex Dinosaur Breakout 140-piece play set with which kids can build the airport with a helipad, a helicopter and a fence for the mighty T. Rex to smash through. The set also includes Owen Grady, Zia Rodriguez and wildlife guard minifigures, plus a dinosaur egg, walkie-talkie and tranquiliser.

For kids age 6+, the Lego Jurassic World Atrociraptor Dinosaur: Bike Chase is a 167-piece set which features a market with a wall for the Atrociraptor and a motorcycle to smash through, a battle pit for two small dinosaur figures, plus Owen Grady and Rainn Delacourt minifigures.

There’s also the 173-piece Jurassic World Blue & Beta Velociraptor Capture set (pictured) which features Maisie and Rainn Delacourt minifigures, dinosaurs Blue and Beta, a truck, bike and a dinosaur cage with a trap, plus a chicken drumstick to use as dinosaur bait.

The Lego Jurassic World Quetzalcoatlus Plane Ambush contains 293 pieces and is suitable for ages 7+. It includes an airplane with space in the cockpit for Owen Grady, Claire Dearing and Kayla Watts. The plane also has spinning propellers, an opening cargo hold, and engines designed to break off under attack from the Quetzalcoatlus.

For builders 8+, the 461-piece Lego Jurassic World T. Rex & Atrociraptor Dinosaur Breakout set lets kids build a market with an enclosure for the T. Rex and a big rig truck with a cage to transport the Atrociraptor, then play out their own exciting stories with Owen Grady, Claire Dearing, Rainn Delacourt and Soyona Santos minifigures. Two tranquilisers are also included to calm the dinosaurs down.