According to the Federation of Indian Export Organisations (FIEO), there has been a steep rise in rates in recent weeks. 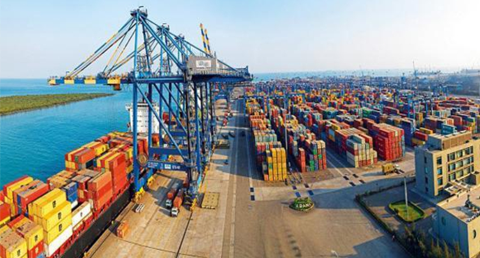 With the ongoing severe shortage of containers and restricted capacity on ships, a story in The Loadstar suggests that the problem is now beginning to affect key manufacturing hubs right across the globe, not just China. The story focuses on India, where forwarders are being quoted hugely inflated freight rates by carriers, while also apparently declining to honour existing contracts.

One Chennai-based forwarder claimed that most carriers had implemented peak season surcharges or general rate increases for July, taking advantage of a severe space crisis for US west coast bookings.

Rakesh Pandit, CEO of Conbox Logistics, said Indian exporters were already worried about the escalating freight rates, and now they faced a major challenge to secure bookings. He told The Loadstar: “The waiting period to secure bookings has again increased drastically over the past two weeks – there are no bookings available on some routes until the middle of July.” He also suggested that contractual bookings were not being honoured. “The lines don’t have space, and whatever space is left they are trying to sell for premium. Many lines have intentionally kept higher rates on various routes to avoid new bookings.”

In an email seen by The Loadstar, one carrier admitted: “The space is severely constrained…we are intending to limit new rate quotation as the space is not sufficient enough to cover the committed volumes/contractual obligation.”

Meanwhile, the container shortage is compounding the capacity problem, according to the FIEO: “The situation was slowly reverting to close to normal before the second wave, but it has again got worse. The waiting time to get a container has now increased to 10-20 days, while instant availability attracts over 100% premiums.”

The story reinforces the global nature of the current shipping crisis, suggesting that those who believe the answer to the current problem would be to shift production from China to other territories would not necessarily find themselves any better off.