The popular Smyths Toys character Oscar has released “Dance with me Tonight!” in conjunction with Sony Music Magic Star. 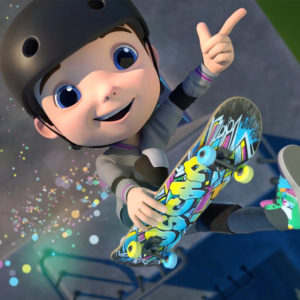 Following the success of “If I Were A Toy“, which featured in Smyths Toys Christmas advert, the new track is available on all streaming services: Apple Music, Spotify, YouTube Music and Amazon Music. Fans are also invited to request: “Alexa, play Dance with me Tonight by Oscar” to enjoy the song.

Smyths Toys has revealed that two additional songs are also available to stream, as Oscar takes on Justin Timberlake’s “Can’t Stop the Feeling” and also presents an original song, “Oscar Show”. There are lyric videos available on YouTube, that fans can follow and enjoy singing along with Oscar.

Oscar has been working on his new releases since signing with Sony Music Magic Star earlier this year. His brand new Skateboard, as seen in the video, is expected to be popular, and can be ordered via the Smyths website.

A full influencer campaign has kicked off this week with Sony Music Magic Star led by Una Healy (see on Instagram here)  and 40 additional micro influencers across the UK and Ireland.Oscar himself can be followed on facebook and on Instagram.