The collaboration on That’s My Crew follows tie-up with Lego and Mr Monopoly and will further grow Oscar’s YouTube channel which has amassed over 30m views. 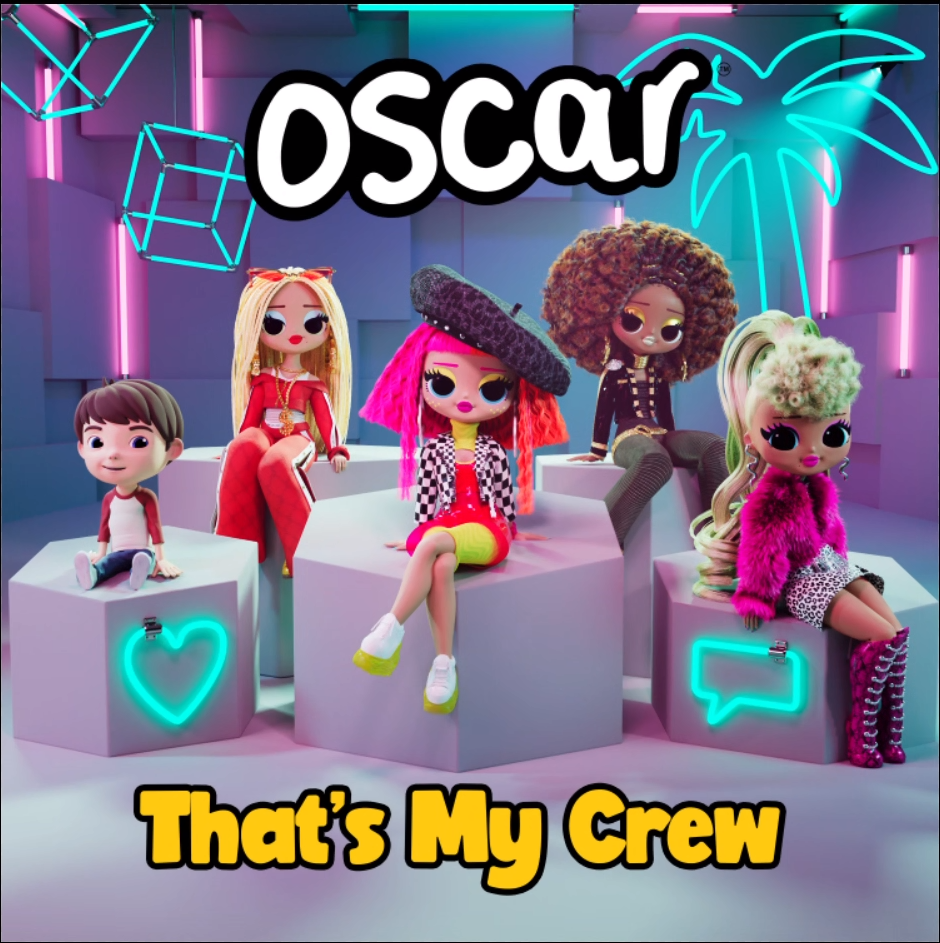 animated superstar Oscar has joined forces with L.O.L. Surprise! original O.M.G. fashion doll characters for a new single which is his biggest collaboration to date.

Described as Destiny’s Child meets Little Mix, That’s My Crew’ features L.O.L Surprise!! voices mixed with Oscar’s for the upbeat track with a vibrantly colourful funky fashion pop video. Oscar is already a YourTube superstar who has amassed a massive 30m views on YouTube so far. L.O.L. Surprise join Oscar fresh from the success of their debut Netflix movie L.O.L. Surprise!: The Movie which is out now.

That’s My Crew is Oscar’s latest single since signing to Sony Music’s Magic Star label last year as part of a collaboration with Smyths Toys Superstores. The track is the third in a series of duets and colourful new videos featuring a selection of fellow Smyths Toys Superstores icons including Mr Monopoly and Lego. That’s My Crew is available to stream now on Spotify, Amazon Music, YouTube Music, Apple Music and Deezer.

Oscar was created by Smyths Toys Superstores in 2016 as a character that lives in their stores and helps showcase the variety of toys living with him. He rose to fame in 2019’s Christmas advert with third single If I Were A Toy, reworking of the Beyoncé classic If I Were A Boy, which became the most watched Christmas advert of 2020 on YouTube. topping the leader board with 26m views, and followed the success of previous singles including Everybody (Oscar’s Back) and debut Dance With Me Tonight, which also became phenomenal hits on YouTube with millions of views.

You can watch the video here: