To celebrate the arrival of the track release, Oscar and Mr. Monopoly have launched a music video, also released today. 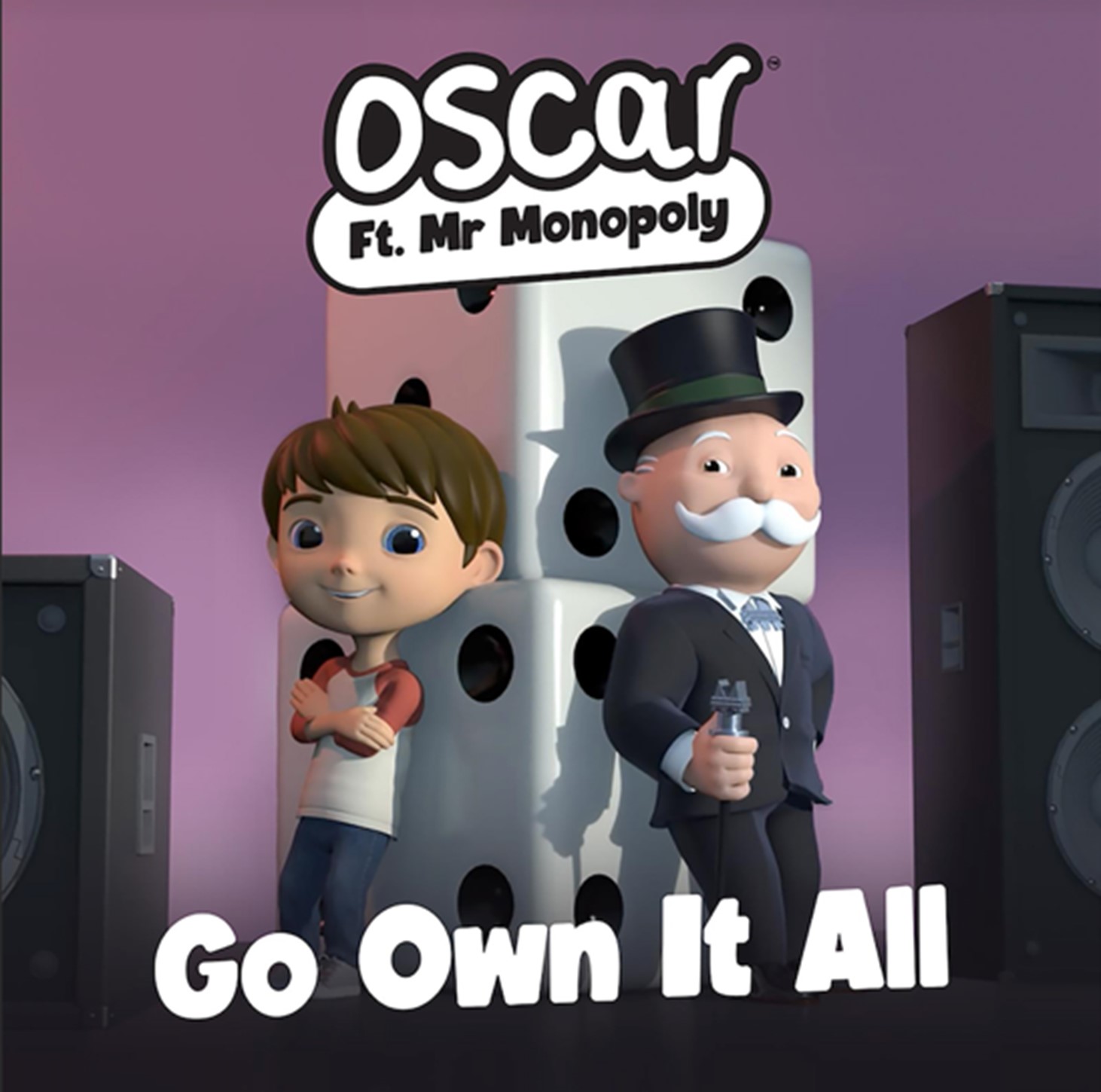 Two of the biggest names in toys have joined forces for the first time to unite their stars on new single Go Own It All. Released today, Go Own It All is the first in a series of superstar duets. The track and video is the latest creation from Smyths Toys Superstores’ animated singing YouTube superstar Oscar along with Hasbro’s legendary Mr. Monopoly, the distinguished character from the iconic family board game.

Laden with smooth electronic beats and a rap from Mr. Monopoly, the club hit encourages young fans to take a chance and roll the dice. In the video, also released today, Oscar and Mr. Monopoly are seen performing in the studio with Monopoly tokens Rubbery Duck, T Rex and Dog bobbing to the beat whilst wearing glamorous accessories. The pair also visit the Monopoly game board, with Mr Monopoly driving across it in the Car token, before being joined by Oscar on a rollercoaster ride over it, and then striking gold in the vault.

Anne Leonhardi, marketing director North Europe at Hasbro commented: “Launching Mr Monopoly’s first ever single is a huge milestone for the much-loved family board game. Everyone is familiar with our famous character, but teaming up with virtual pop star, Oscar, to launch Mr Monopoly’s debut single is an opportunity for kids and families across the country to see another side to his playful character and engage with him in a more interactive way.”

Sinead Byrne, head of Marketing, Smyths Toys, added: “We are so excited for Oscar to collaborate with the iconic Mr Monopoly on his first ever single and hope everyone nods happily to the beat and rolls the dice with our new favourite duo.”

Go Own It All is Oscar’s seventh single since signing to Sony Music’s Magic Star label last year as part of collaboration with Smyths Toys Superstores, the UK’s largest toy retailer. The track is the first in a series of duets and colourful new videos featuring a selection of fellow Smyths Toys Superstores icons. Go Own It All is available to stream now on Spotify, Amazon Music, YouTube Music, Apple Music and Deezer.

Oscar was created by Smyths Toys Superstores in 2016 as a character that lives in their stores and helps showcase the variety of toys living with him. He rose to fame featuring in 2019’s Christmas advert with third single If I Were A Toy, a reworking of the Beyoncé classic, which became the most watched Christmas advert of 2020 on YouTube, topping the leader board with nearly 26m views. If I Were A Toy followed the success of previous singles including Everybody (Oscar’s Back) and debut Dance With Me Tonight, which also became phenomenal hits on YouTube with millions of views.

Readers can listen to the song here, or watch the full music video below.