The deal with Warner Bros. Consumer Products and DC builds on the success of Spin Master’s line up of action figures, play sets, role play and vehicles. 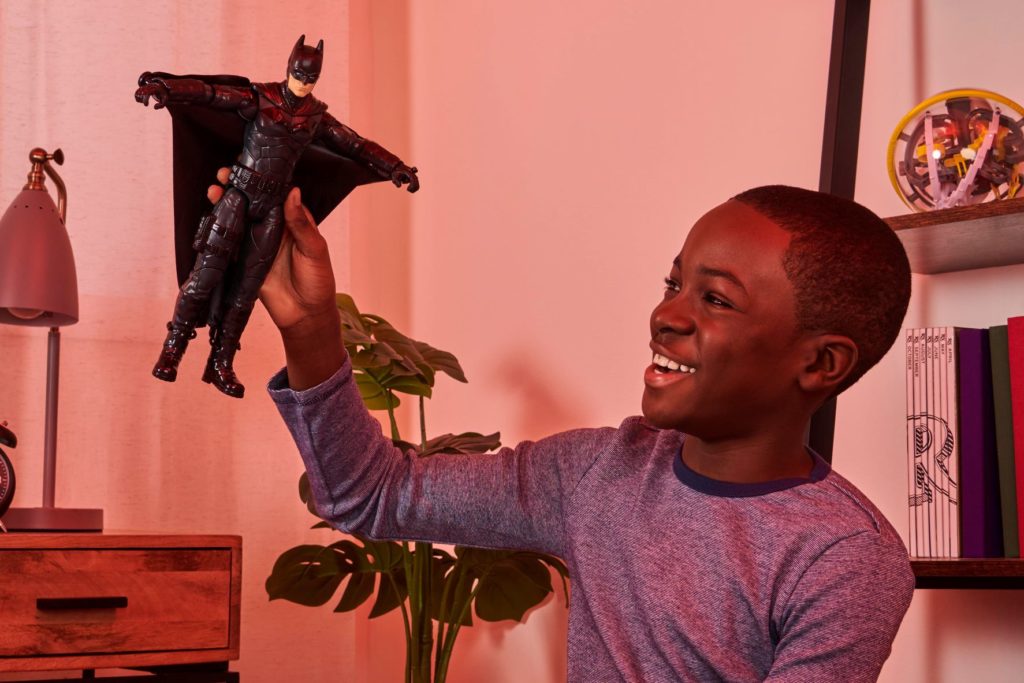 Spin Master has renewed its global licensing agreement with Warner Bros. Consumer Products (WBCP) and DC for the iconic Batman franchise and other DC Super Heroes for a further four years.

Spin Master first joined forces with WBCP in 2018 as the toy licensee for DC in the action figure, play set, roleplay and vehicle categories for the period 2019-2022 and has now extended the relationship from 2023-2026.

“It’s been an honour to work with Warner Bros. Consumer Products on this heroic and innovative line of action figures, vehicles and play sets, bringing the adventures and stories of Batman, DC Super Heroes and Super-Villains into fans’ homes around the world,” said Chris Beardall, Spin Master’s president, Toys and chief commercial officer.

“The timing of this renewal is perfect as we head into a blockbuster year for DC, with its incredible slate of feature films hitting the big screen in 2022 coinciding with custom toy collections for each. Our innovative approach to toy design combined with our meticulous attention to detail has helped to achieve record-setting sales for Spin Master’s DC toy line.”

Sam Bushy, senior vice president and general manager North America and head of eCommerce for Warner Bros. Consumer Products. Warner Bros. Pictures, said: “DC is one of the most iconic brands in the world, and we’re excited to continue our partnership with Spin Master to bring the characters and stories to life through inspired toy collections.

The Batman opens in cinemas this Friday (4th March) and Spin Master’s The Batman toy line-up is available at major toy retailers now.