Lego fan Guillaume Roussel was responsible for creating the concept for the Lego Ideas The Globe, inspired by the tales of Jules Verne. 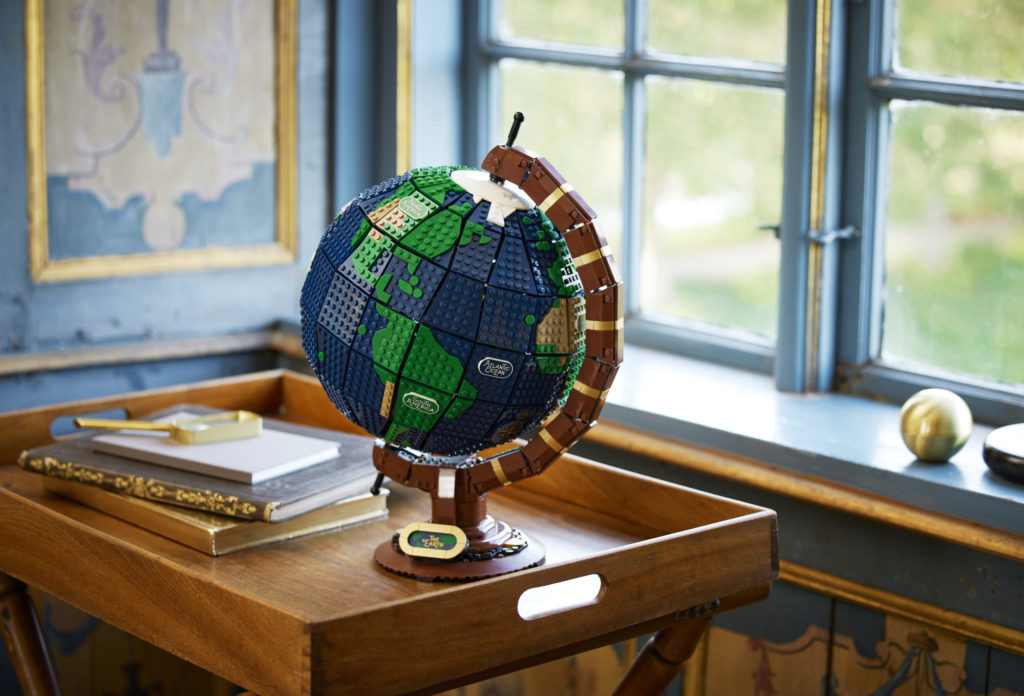 Available from 1st February, The Lego Group has revealed its impressive new set, Lego Ideas The Globe, which the company says will spark visions of traveling around the world, exploring new places and building new memories.

The 2,585-piece set allows Lego fans to build their very own realistic, customisable vintage-style brick-built globe. Printed names of the continents and oceans that glow in the dark help kids and adults alike learn more about our planet, even with the lights off. In addition, the completed globe really spins – a first for a Lego globe produced at this scale.

The set was designed as part of the Lego Ideas platform, a Lego initiative that takes new ideas imagined and voted for by fans and turns them into reality. France-based Lego fan Guillaume Roussel was responsible for creating the concept for the Lego Ideas The Globe, having been inspired by the tales of Jules Verne.

Guillaume said: “When approaching the design, I asked myself ‘what could be creative, educational and touch most of the world?’ And the answer was ‘the world itself’”.

Federico Begher, Lego Group head of Global Marketing for Adults added: “The globe is a symbol of dreams and aspirations of travel to come for all who are seeking a bit of adventure or for those looking to learn about our world. When reviewing Guillaume’s set, we could see the passion he had for travel and adventure, but also for inspiring building fans everywhere. Our designers also relished the challenge of making this set spin.”

More information on the Lego Ideas The Globe can be found online by visiting: www.lego.com/globe

To find out more about the Lego Ideas platform and see how Lego ideas can be turned into reality, visit https://ideas.lego.com/.