The springtime bounceback was bolstered by growing consumer confidence, with figures indicating that footfall will continue to rise over the summer too. 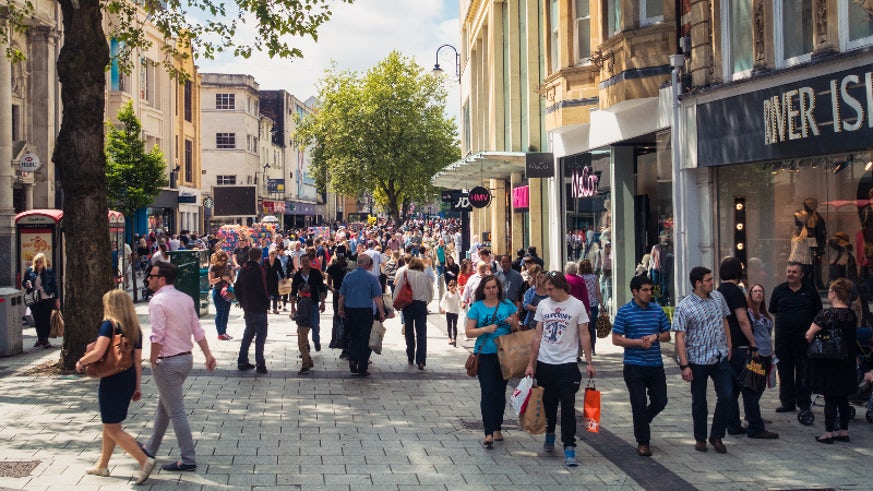 And, the Retail Gazette reports that the latest forecast from retail experts at Ipsos indicates footfall in non-food shops will continue to strengthen further over the summer in the UK. According to Ipsos’s Retail Traffic Index (RTI), footfall will reach almost three-quarters of its 2019 level in the third quarter of this year alone.

Retail sales for April to June were up 28.4% from a year earlier and 10.4% higher than in 2019, but the BRC warned many retailers still faced “strong headwinds” as the UK economy recovers from the pandemic.

Online sales remained much higher than their pre-pandemic levels, suggesting the shift to online was “here to stay”, the BRC-KPMG retail sales report found.

There were also signs of a dilution in retail consumer spending as the hospitality and leisure sectors reopened.

“Retailers are facing challenges on a number of fronts, particularly convincing consumers that it’s safe to shop in store as restrictions around mask wearing and social distancing come to an end,” Paul Martin, UK head of retail at KPMG, told the BBC.

But he added that retailers were hoping for a “summer boost” with the lifting of Covid restrictions.

BRC chief executive Helen Dickinson said while growth in food sales began to slow in June, non-food sales were bolstered by growing consumer confidence and the continued unleashing of consumer demand. “With many people taking staycations, or cheaper UK-based holidays, many have found they have a little extra to spend at the shops, with strong growth in-store in June.”

According to the Retail Gazette, retail analysts at Ipsos also report that the rapid rollout of Covid vaccinations, steps that retailers have put in place to safeguard their customers and colleagues, the release of pent-up demand, and consumers dipping into the household savings from last year have all contributed to retail rallying from April to June.

“The planned lifting of remaining restrictions in July will increase retail’s competition with hospitality, entertainment and leisure for a share of disposable income, but despite this, our latest forecast indicates that footfall will come back to almost three-quarters of its 2019 level in the quarter (74.5%).”

“Consumer confidence continues to re-build, now standing at its highest level since the first lockdown, employment levels remain buoyant and Britain is re-discovering its fondness for one of its most popular social pastimes.”