The gruelling 100 mile bike ride, in memory of Les and Phil, will also raise much needed funds for the Fence Club. 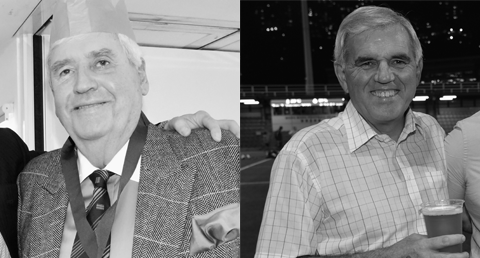 Former Fence Club chairman Steve Wells and fellow member Derek Scott have signed up for Ride London in memory of Les Nurse and Phil Green, who both passed away in July.

“I have often spoken to Phil, who was a keen cyclist, about various cycling events including Ride London,” says Steve. “Sadly, our discussions were cut short and did not result in firm plans. On August 16th, Derek and I will be cycling the 100 miles in memory of Phil Green and Les Nurse, and in doing so we are asking colleagues if they would make a donation to the Fence Club.”

The Fence Club is a charity founded by members of the toy trade, which raises money for a wide range of children’s charities including hospices, handicapped children and autistic children. The 45 members of The Club raise the money through dining functions, golf days and personal giving. The club’s fundraising activities have been severely curtailed during lockdown, meaning many of the charities the organisation supports – and therefore the children who would usually benefit – haven’t been receiving the usual financial assistance they benefit from each year.

“Whilst discussing this with the Fence Club committee over the past week we have already raised just short of £2,000 from committee members including £1,000 pledged from Character Options,” Steve added. “As an aside, we have also received £5,000 from Alan Baxter, not for our ride, but simply because the children need it in these times. Huge thanks Alan.”

Readers who wish to donate can do so via the Fence Club JustGiving page or by sending a cheque to John Athwal. All donations should be referenced ‘Ride London’. The Fence Club committee has agreed that the first £1,000 of all funds raised should go to the Alexander Devine Children’s Hospice, a charity close to the hearts of many members.

Steve finishes: “We hope you are able to give generously. Many thanks for your support; we will of course publish our time after completing the event.”