There has been widespread coverage for the BTHA’s Still Toying with Children’s Safety campaign, don’t forget to pledge your support. 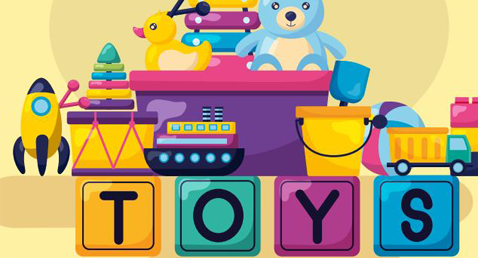 The toy community is encouraged to support the campaign and sign the petition, which could see the situation debated in Parliament.

Despite a busy news week, the BTHA’s new Still Toying with Children’s Safety campaign got off to a strong start yesterday. BBC One consumer campaigning series Rip Off Britain featured the story prominently in yesterday morning’s episode, which can now be viewed on BBC I-player. Sky News  and GB News also picked up the story, along with several BBC local radio stations and the Huffington Post. Today, the story continues to gain traction, with coverage from The Guardian, The Mirror, BBC Essex and ITV Anglia at the time of writing this morning.

A key element of the campaign is a petition, which the BTHA is urging everyone in the toy community to sign and share with friends and colleagues. If 100k signatures can be collected, the matter will be raised in parliament. Your support is vital to ensuring this happens.

The campaign centres around the BTHA’s 2021 online marketplace toy safety investigation, showing that despite years of campaigning, dangerous toys are still being sold on online marketplaces. This time, 255 toys sold on Amazon, eBay, AliExpress and Wish were randomly selected, inspected and tested, with a whopping 88% found to be illegal and 48% unsafe for a child to play with.

Natasha Crookes, director of Public Affairs for the BTHA, said: “It is not acceptable that unsafe and non -compliant toys are simply allowed to enter the UK market, putting children at risk of serious harm. We believe the government has to step in to legislate this ‘wild west’ of safety, and we must see politicians from all sides of the House coming together to protect children as part of the UK review of the product safety framework in 2021.”

In addition to working with figures from across the industry, consumers, toy safety specialists and action groups, the BTHA is further bolstering the findings of the new report with the results of its ‘Still on Sale’ investigation, which has looked into which unsafe toys reported to the marketplaces in question are still available for purchase.

With the full force of the toy industry behind the campaign, a change can be brought about. Toy World is therefore asking its readers to get involved today – and ensure kids’ safety is toyed with no longer.

For more information, read the full article from the October issue of Toy World here.