Specialist children’s publisher Signature Publishing has partnered with Alpha Group for the launch of a new pre-school magazine. 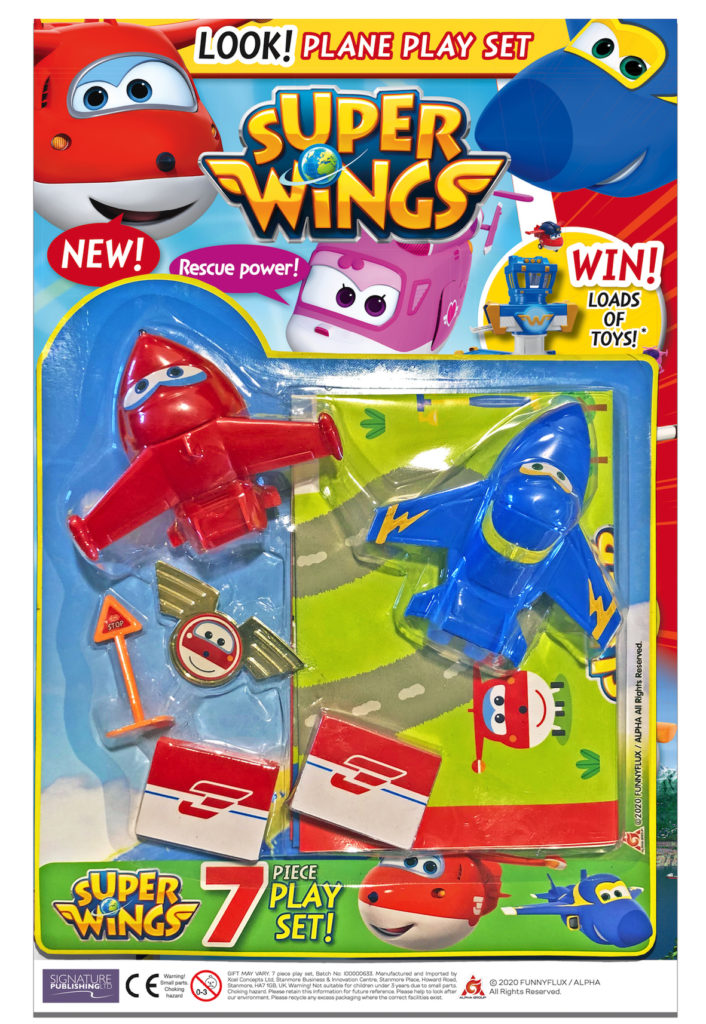 Launching on 10th January, the magazine is based on award-winning property and hit TV series Super Wings, which is broadcast in over 100+ countries. In the UK, Series 1-3 is already airing through broadcast partners Cartoonito and Tiny Pop, with series 4 launching in 2020.

The show follows Jett and his Super Wings friends as they travel the globe delivering packages to children. The curriculum-based series focuses on three core values of cultural diversity, adventure and teamwork. These values are reflected in the magazine throughout the stories, puzzles, colouring and more.

Julie Ball of Alpha Group UK commented: “We are thrilled to partner with Signature Publishing on a dedicated Super Wings magazine which will offer exciting new content to our young fans and enable them to immerse themselves in the brand”.

“Over the last couple of years, Signature has been a great supporter of Super Wings’ content in Fantastic Funworld magazine,” added Vickie O’Malley, MD of Rockpool Licensing. “Its collaborative and commercial approach, creativity and positivity have made for a very productive working relationship and we’re excited to look forward to the launch of the Super Wings standalone magazine”.

“We’re so excited to be working with Alpha Group, creating a regular standalone Super Wings magazine,” says Amanda Clifford, Signature Publishing’s editorial director. “It’s a brand full of adventure, excitement, fun and friendship and the Super Wings magazine is sure to be a soaring success.”

Each issue of Super Wings comes with a bespoke gift with high play value, complementing the already extensive and innovative toy line. The launch issue features a 7-piece play set with two planes, accessories and a mega play mat.