The well-publicised logistical challenges look likely to also have an effect on the scale of 2021 Black Friday deals. 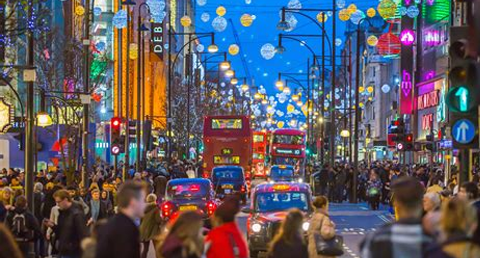 According to a report in the Financial Times, narrower product ranges and less discounting look likely to affect promotional offers for consumers in the run up to Christmas this year, owing to supply chain bottlenecks

Factors including commodity inflation, high shipping costs, problems sourcing containers and constrained factory capacity have combined with international shipping problems over the summer, when closures at some major Chinese container ports and the blockage of the Suez Canal led to bottlenecks.

The FT reports that toys is one of the most-affected categories, and quotes The Entertainer’s Gary Grant as saying: “Factories in China are clogged up, so they are only making stuff they have orders for.” Gary estimated that The Entertainer is currently approximately 10% behind where it would normally be at this time of year, in terms of the number of containers received.

Another retailer told the FT: “The period immediately after the pandemic is ironically proving more challenging than the full-blown pandemic. We are about eight weeks behind [in terms of Christmas stock build] at the moment. There is of course a safety margin built into that, but if there are further disruptions there is not much slack.”

Some retailers said ranges could be smaller and discounts much less aggressive. “Black Friday will look pretty similar to previous years but there might be narrower choice of individual brands or products,” said one major retailer. “We’ll also take a look at our promotional activity and think twice about anything we were going to do that could create a stock supply issue.”

Opting to switch to air freight has its own set of problems such as reduced capacity and additional Covid-related precautions at many Chinese airports, which have reduced productivity and increased costs.

On arrival in the UK, there is the additional problem of too few lorry drivers to move goods around.

Dan Myers, managing director of transport in the UK and Ireland at XPO Logistics, warned of a “tough” Christmas build-up for retailers unless the government changes its mind on not readmitting more EU-based drivers. “Already retailers are rationalising some of the ranges and reducing the delivery frequency,” he said. “Some are changing what would have been their historic peak plans to smooth it down and elongate it. It is going to make it a tough Christmas build. It will impact on availability.”