An online sales tax is expected to be announced in the Budget next week and retailers are far from unanimous in their support of the proposal. 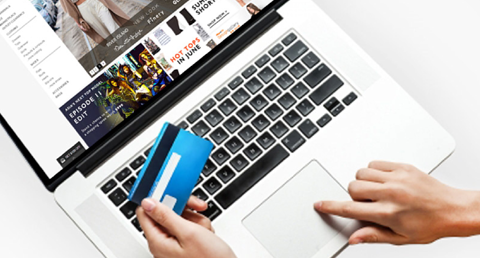 According to a report from Charged, of Retail Gazette, UK retailers are voicing both support and opposition to an ‘Amazon Tax’ which is expected to be announced in the spring Budget next week.

While retailers almost unanimously agree that business rates desperately need reforming, few agree on whether an online sales tax is an effective solution to level the playing field between bricks & mortar and online retailers.

The proposal has been under consideration for some time and treasury officials are understood to have been meeting with business leaders to explore how an online sales tax would work. It has been suggested such a tax would impose a 2% levy on all sales made online in the UK. Many have warned that this could not only actually raise taxes for physical retailers which have significant online operations, but would also hamper independent retailers at a challenging time for the economy.

Cas Paton, chief executive of UK online marketplace OnBuy, believes that an online sales tax would be a huge mistake. “While it’s been nicknamed the ‘Amazon Tax’, the reality is that it won’t impact the big players in the market but will stifle the growth of so many independent British retailers which have relied on online sales as a lifeline over the past twelve months,” he explained. “As an online marketplace, we’ll of course feel the impact of this type of tax, but I am far more concerned about the millions of entrepreneurs and SMEs across the country. Over 6,000 independent British retailers sell on OnBuy and it is those business owners that will take the hit. It won’t touch the sides when it comes to the big corporates.”

ParcelHero’s head of consumer research David Jinks added: “Ironically, a new tax supposedly aimed at saving town centre stores may drive the final nail into their coffins by slashing their online sales.” He believes that the chancellor should not make online shoppers and independent stores pay to make up for lost business rates income. “The new tax would hit shoppers and remaining retailers alike,” he said. “Those High Street outlets that find ways to survive must have websites as well as physical stores. A new online sales tax will leave most retailers paying a second raft of taxes.”

The tax could generate significant proceeds, in theory seeing Amazon alone paying roughly £380m in tax on sales equivalent to those made in 2020, dramatically more than the £19m it paid under the current system. The treasury could then use these proceeds  to offset business rates bills, which have been cited as the key factor leading to the collapse of many high street names over the last two years.

What retailers are most concerned about is a double jeopardy situation — where they end up paying a new tax on the only part of their business that is growing while also continuing to pay rates on existing physical outlets. The Treasury has hinted that it is considering the online sales tax separately to business rates reform, which has been pushed back until the autumn.

With more and more retailers now taking a multi-channel approach, those who actually benefit could be limited. British Retail Consortium chief executive, Helen Dickinson, has previously urged ministers not to stifle businesses recovering from the impact of the pandemic. “The key to reviving our high streets is fundamental reform of the business rates system and we oppose any new taxes that increase the cost burden on the industry which is already too high,’” she said.