Magic Box Toys reports that new 2021 launch T-Racers has achieved the top spot in Spain, becoming the best-selling toy for the month of April.

T-Racers launched in Spain in March this year, getting off to a racing start and instantly becoming a firm favourite with children due to its exciting and innovative play offering. In April, the opening price point item, Turbo Wheel, took pole position in the top 50 items ranked by value, according to NPD figures.

The completely new vehicle concept allows kids to swap parts to create their favourite cars, which they can then race. Each T-Racer is made of five different parts which can be interchanged, forming 500 possible combinations and allowing children to personalise their cars.

The range will be available in the UK from July 9th and with such a phenomenal start on the continent, plus a significant marketing plan in place to support the launch, the signs are extremely promising that the brand will have an equally positive impact on UK consumers.

Julia Cake of Magic Box commented: “We are very excited to launch T-Racers in the UK on 9th July. We identified a gap in the collectible mini vehicle market which could incorporate unboxing, construction and ultra-rare driven collectability, along with innovative exclusive playsets. Through in-house design, plus our extensive research, T-Racers was created – a brand new Magic Box IP, and a new way of playing with cars.” 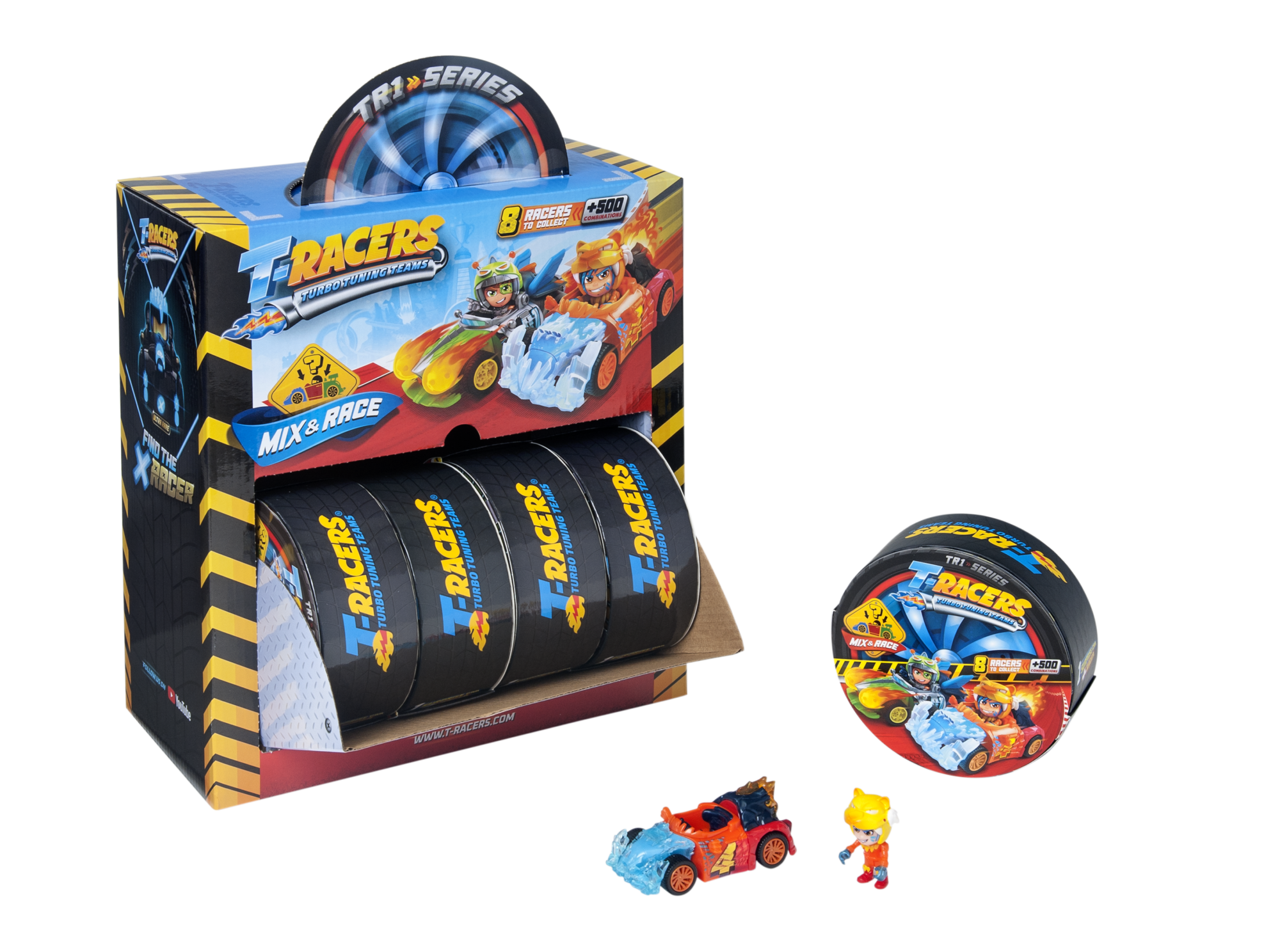 Magic Box is a pioneer in the creation of collectible toys and, to date, has sold over two billion units in 30 countries from successes such as Star Monsters, Zomlings and SuperThings.

“T-Racers is much more than a collectible, it encompasses the World of T-Racers including the story behind the brand, the driver profiles, super powers and a whole universe designed to encourage imaginative play – which we know is very important for this category,“ added Julia.