Toy World spoke to Alice Morrison to get a sense of what the marketing landscape will look like for toy companies going forward.

With Christmas looming and three months of challenging trading conditions behind us, Alice Morrison, international sales director at the kids and family marketing agency Diaframma, tells us how toy companies are approaching the second half of 2020.

“Now more than ever, companies are really thinking about where best to place their marketing budget, and which types of platforms will provide the maximum ROI,” comments Alice. “We have seen a variety of responses; some budgets have been tightened or reassigned and some launches have been delayed, while some of our partners haven’t altered their plans at all. The situation is stabilising daily, and the levels of certainty and positivity are growing. Diaframma always strives to produce campaigns that are strong and impactful, and I believe our track record demonstrates that this is always achieved. Given the times we are in, this definitely contributes to selling products even more than before.”

During lockdown, television viewership inevitably increased, as well as children’s exposure to a variety of devices. As such, Alice touches upon the lessons learned about kids and family advertising during this unprecedented period.

“The production of a variety of content that caters for this change has been a turning point for us. That said, lockdown has also shown that many families have been looking for more activity-based projects to keep kids active not only physically, but also mentally.”

Evidently demand for accessible content has not halted over recent months. As such, Diaframma re-opened its studios in the thick of lockdown on 4th May, adapting the shoots to suit government regulations.

“We are very happy with the way things have been going.” adds Alice, “Currently, we’re working with family members only on set, but as regulations loosen, we are adapting and widening the casting possibilities. Each week we hit new levels, which leads us to believe we’ll be back to normal sooner rather than later.”

As uncertainty regarding toy fairs and trade events cointinues, advertising may have to cover more ground this year as a result. Alice tells us more: “Regardless of what happens with future trade shows, there will always be a need for advertising. Products are sold through consumer awareness, for which advertising is key. As we’ve seen throughout this lockdown period, it is more important than ever to be able to convey a product’s story and uniqueness as budgets throughout households worldwide are tightened, and parents are more conscious of spend.”

Read the full interview with Alice in the July issue of Toy World, here. 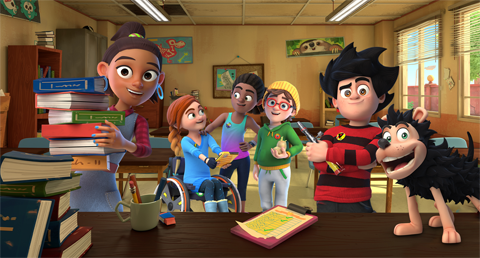