Toy World considers what the short-term future of toy retail might look like, and the biggest opportunities for Q3 and 4, in the July Reboot 2020 feature. 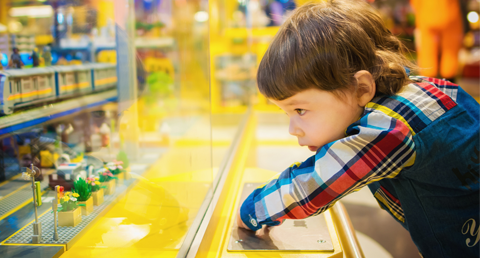 All non-essential retailers across the UK are now allowed to reopen their doors, even if a fair few have chosen not to do so, but now comes the next big challenge – how to entice shoppers back to stores.

There is plenty to be hopeful about as we enter the second half of the year and count down to the all-important festive selling season. While many non-essential categories have struggled to match traditional sales during lockdown, the UK toy market has proved remarkably resilient. According to NPD, the value of UK toy sales rose by 17% in the two months from the beginning of lockdown compared with the same period last year, while Games & Puzzles saw a +43% uptick in sales between 1st January and 23rd May, compared with the same period in 2019. Outdoor Toy sales, meanwhile, rose +31% in the same period, and Building Sets jumped +17%. Meanwhile, as outlined in Rory Partis’ article on pages 26-27 of the July issue of Toy World (which you can read here), the UK toy market is currently +7% in value YTD versus the same period in 2019.

However, it’s undeniable that the pandemic and resulting lockdown have changed the face of retail, at least in the short term, maybe forever. With stores temporarily shuttered for so long, consumers were forced to look online for the products they needed and wanted, resulting in a huge shift to online shopping. Research by Retail Economics and Squire Patton Boggs shows that 45% of consumers bought items online that they would normally have bought in store for the first time during the pandemic, and this behaviour is expected to stick, even as the lockdown eases. This doesn’t mean brick & mortar is dead, but it would appear that the future of retail will rely far more heavily than before on an omni-channel approach designed to reach consumers wherever this may be. Many toy retailers are already successfully embracing this strategy.

In-store, Covid-19 has changed the way we shop. Last year, there was much talk about experiential retail saving the high street, the need for shops to offer something unforgettable and unique alongside the baseline ‘get the thing you want and then leave’ approach. Best laid plans and all that; now we’re being encouraged not to touch things if we can help it. This needn’t mean shopping must become a chore though.

In this article, Toy World shines a light on how suppliers can support their retail partners and how retailers can make best use of an omni-channel strategy. We also analyse how the pandemic has changed the marketing game, the impact of Covid-19 on where consumers want to shop, and how differences in expendable income may affect spending habits in the run-up to Christmas.

To read the full, in-depth Reboot 2020 piece, which was published in the July issue, click here.

The discount retailer has posted over £1b in group revenue. 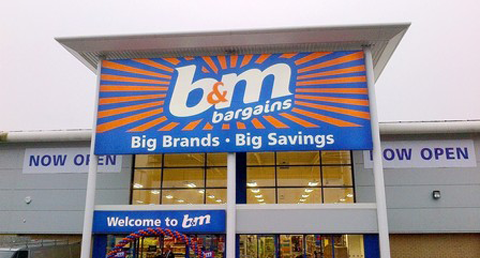 B&M Bargains has reported a strong first quarter, with its UK business trading ahead of expectations, as the retailer recovers from the effects of the current climate.

B&M said it had seen a “steady recovery” in the like-for-like customer count over the quarter, after an initial decline during the Covid-19 lockdown, alongside “significantly increased” average transaction value compared to the year prior.

The company said its UK business has 656 stores trading, versus 632 trading at the end of the first quarter of last year, with no new stores opened in the quarter due to the impact of the pandemic.

B&M chief executive, Simon Arora, commented: “The group has made a strong start to the financial year, with a particularly strong performance in our UK businesses, and progress now resumed in France after an eight-week closure period. However, as outlined at our preliminary results for the last financial year announced on 11th June 2020, there are a great deal of uncertainties ahead.”

Sales and footfall have reportedly increased, though ongoing rent demands are causing further difficulties for retail. 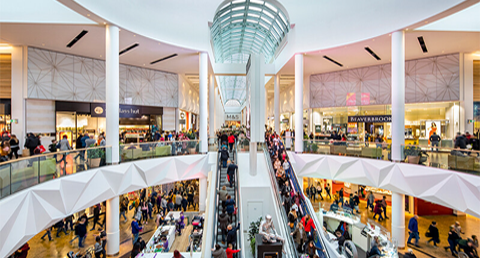 Two of Britain’s largest shopping centre owners are hopeful for a retail revival, with reports of some encouraging improvements as the nation returns to the high street following lockdown restrictions. However, the struggles surrounding retail are still immediate, with both owners revealing ongoing difficulties for shops to meet rent demands.

British Land, which owns shopping centres such as Meadowhall in Sheffield, and office buildings in London, said it had collected 36% of rent from retailers in the June quarter.

Hammerson, the group behind Birmingham’s Bullring and Brent Cross in north London, said it had collected just 16% of third quarter rent in the UK.

However, both appeared positive that there will be a bounceback for retailers impacted by the coronavirus lockdown, with British Land confirming that 64% of stores across its sites in England are now open and have seen sales increase by 91% over the first week of reopening, as well as improved footfall rates.

In a statement, the company commented: “We expect the best-located open-air retail parks to perform an important role in retailers’ reopening strategies, and this was reflected in positive like-for-like sales for out-of-town stores open in England versus the same week last year.”

The group is currently negotiating rents with shops on a case-by-case basis, agreeing rental waivers of £3m in relation to the June quarter, in addition to £2m for the March quarter. “This is an ongoing process and so we expect the collection rates for June to improve over the coming weeks,” British Land added.

Hammerson has said it is “confident that collection rates will continue to improve in all regions as agreements are progressed with brands.” It also added that it had been able to secure some breathing space from lenders and had accessed the government’s coronavirus support scheme to bolster its balance sheet. The firm said 73% of UK rent had been collected for the first half of the year.

These new updates come less than a week after Trafford Centre owner Intu went into administration. Intu, which also owns Lakeside in Essex, had struggled under a £4.5b debt for the past year, and has experienced significantly lower rent payments from retail tenants since the coronavirus outbreak. Toy World recently reported on what’s next for Intu, which can be viewed here.