Opening of the nominations coincides with the reveal of a name change, a new category, and new virtual programme for 2020. 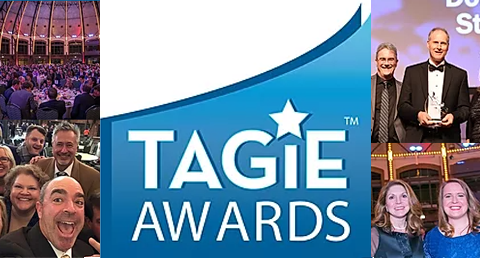 Nominations for the annual TAGIE Awards have opened, with the Chicago Toy & Game Group announcing a number of changes which it says will make the toy and game industry design, innovation and marketing awards ‘even bigger and better’.

For 2020, the awards – which this year celebrate their 13th iteration – have been renamed the Toy & Game International Excellence Awards, reflecting the global reach of the awards and the support of people in over 150 countries that are a part of the Chicago Toy & Game Group’s community, whether online or in person.

2020 TAGIE Award Nominations are open until 15th August, and can be submitted here.

To recognise suppliers that have gone above and beyond in their efforts to get toys and games to retailers, Chicago Toy & Game Group is adding Most Innovative Supplier as a category for the TAGIE Awards.

As a result, the eight categories now open for nominations are as follows: