Managed by the Caswell family from 1947 to 2015, the Arcade Toy Shop was taken over by Dave Carter and Martyn Perry following Alan Caswell’s retirement. 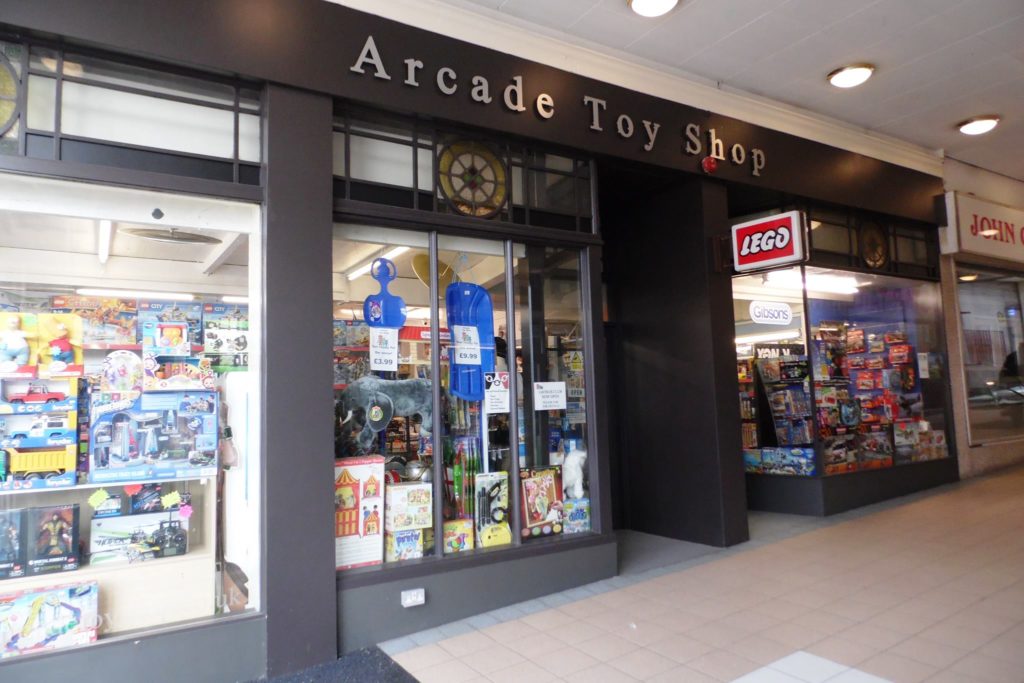 The Arcade Toy Shop in Dudley’s Fountain Arcade closed earlier this month after almost 100 years in the town. In the 1970s and 80s, the popular local business had two branches on opposite sides of the arcade and was well known in the area for its revolving electric display of Dinky and Corgi cars.

Originally known as Woodworths, the Arcade Toy Shop was opened in 1925 by the Smith family and was one of the first businesses in the new Fountain Arcade. The shop was returned to its 1920s glory as part of a Dudley Council scheme in 2015.

Speaking to local media outlet the Express & Star, Alan Caswell, who retired from the shop seven years ago, said he was greatly saddened to see it disappear. Alan began working at the shop in 1946, becoming manager the following year. Shortly after Woodworths closed, it reopened under a partnership with the owner of the florist opposite. Alan ran the shop with his wife Evelyn, taking full control in 1974. Their son, also called Alan, who had started work as a Saturday assistant at Woodworths in 1965, took over the running of the business in the late 1970s. Alan was also a founder of the Toymaster group.

The store was awarded a Toy Retailer of the Year award in 1989.

Dave Carter, who took over the toyshop, recalled fond memories of visiting the shop as a child. When he acquired the business, he said: “I can’t quite believe we now own the toy shop which we used to visit as kids.”

The shop was billed as ‘an Aladins Cave of toys and collectibles’. The business prided itself on friendly service and making all children and families welcome. “We will go the extra mile to try and locate the right toys, models or collectibles for you and your family,” it told customers.

Alan Caswell said the the shop had been a huge part of his life and he was sad to see it close. “I was so happy in that shop, I spent nearly 50 years of my life there,” he told reporters. “Dudley people are the salt of the earth, I love Dudley and I’m really, truly saddened to see it go.”