The London-based toy company has been presented with an award for international trade. 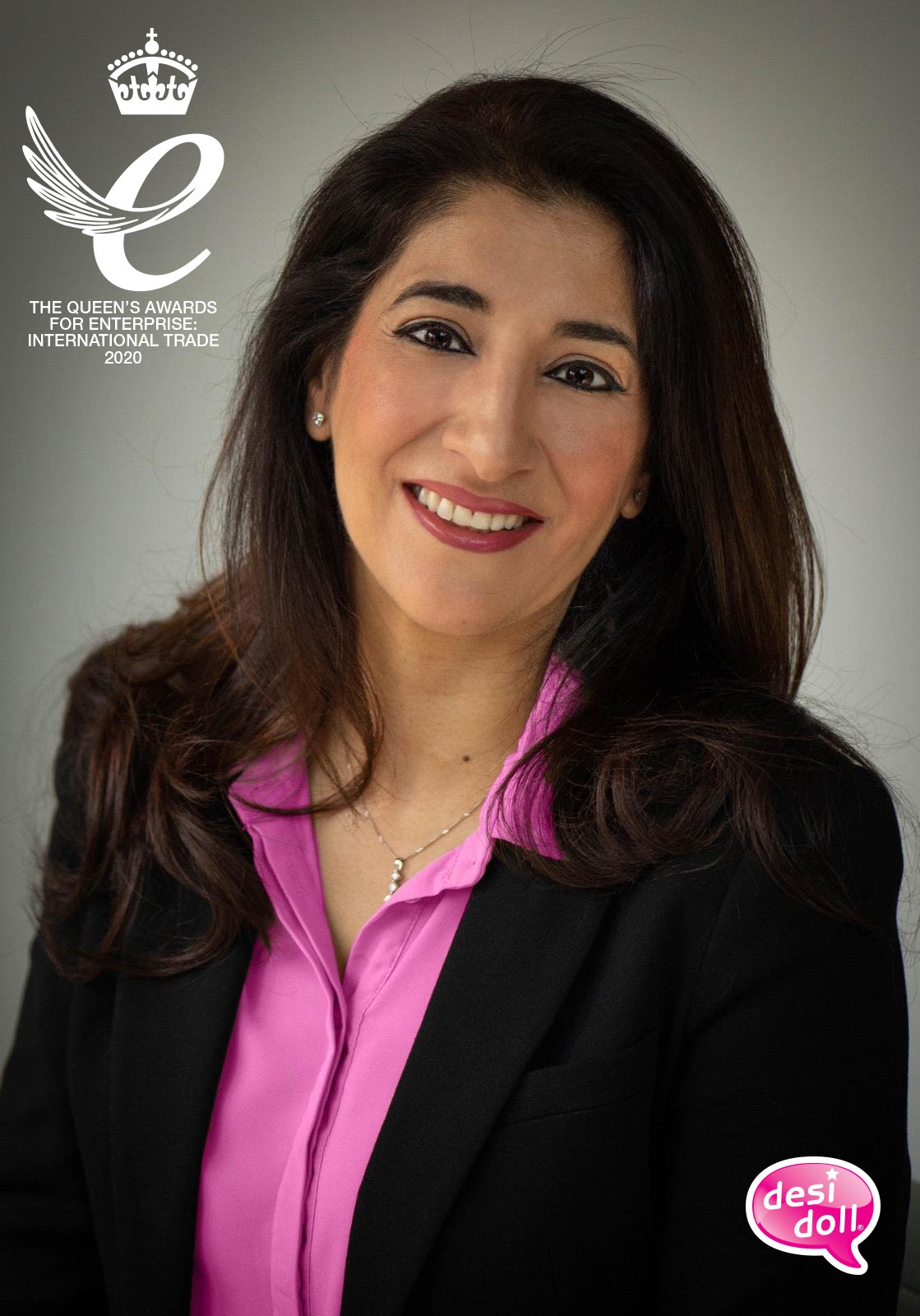 Farzana Rahman, founder and director of The Desi Doll Company.

The Desi Doll Company has been honoured with a Queen’s Award for Enterprise in International Trade 2020. The Queen’s Award for Enterprise is the most celebrated accolade a British business can be given. The Desi Doll Company is one of 220 organisations to have been highlighted this year, and was given the award in recognition of its excellence and outstanding success in international trade.

The Desi Doll Company was set up in 2008 and designs, manufactures and distributes unique and interactive educational Islamic toys. Turnover has been doubling year on year for the last three years with export business now accounting for over 50% of annual turnover in over 30 different countries across five continents.

Farzana Rahman the founder and director of the company, said that the business was inspired by her own children, to combine three of her passions – faith, family and fun.

“I operated on my own for many years, whilst I built a strong team around me,” she said. “We have grown organically since then to become the world’s leading Islamic toy supplier. Our business performs a very important role, ensuring that Muslim children can learn about their faith with fun, interactive toys that nurture love and confidence. We are delighted to have won the Queen’s Award for Enterprise in International Trade and see it not only as a huge honour, but also as an incredible achievement that reflects our hard work in creating export markets around the globe.”

Farzana added: “It’s a very proud moment for me, my family, my colleagues and my community, knowing that Her Majesty The Queen personally approves the winners.”

Now in its 54th year, the Queen’s Awards for Enterprise are the most prestigious business awards in the country, with winning businesses able to use the esteemed Queen’s Awards emblem for the next five years.

The Desi Doll Company will celebrate its award during a royal reception for Queen’s Awards winners in the summer.