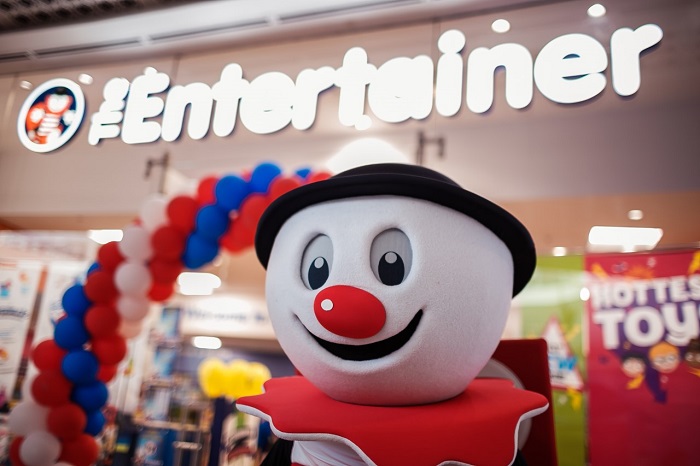 A survey published in Retail Week has revealed the happiest workforces of retailers in the UK. The survey was carried out by WorkL, a digital tool designed to help businesses create better working environments which was founded by former Waitrose boss and John Lewis Partnership deputy chair Lord Mark Price. More than 100,000 UK employees were canvassed on their experiences of working for their employers.

The Entertainer ranked 12th in the list, with a happiness score of 84%. 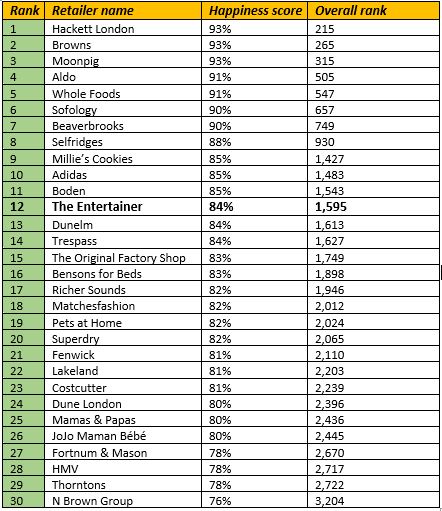 Founder and executive chairman Gary Grant contacted Toy World to express his delight at being included in the list and at the working conditions at The Entertainer being recognised by his workforce.

Workers taking part in the survey were asked 20 questions focused on six key metrics. They were asked how they felt about pay, communication, empowerment, wellbeing, job satisfaction and pride in working for an organisation.

Respondents were drawn from all parts of the retail workforce, from the shopfloor and distribution centres to merchandisers, HR departments and other head-office functions.

Those companies that ranked highly proved to have staff that felt they were being fairly remunerated for their work, enjoyed strong relationships with their managers and had clear career progression mapped out for them by their employers.

However, retail was found to have the lowest happiness score of the UK’s major business sectors, with the average retailer scoring just 66%. This was put down to
the effect the pandemic has had on career progression, a factor which has particularly affected younger staff.

Another key metric, according to WorkL’s research, is for employees to feel they are being kept informed about decisions being made by the organisation while also feeling that they have a voice. “The companies that are doing best are the ones scoring most highly on communication. We can see a real correlation between sharing information and listening to feedback,” Lord Price added. “Our research shows that if an employee feels they are well paid but don’t have a good relationship with their manager, they will still look to leave.”

The final area that the survey pointed to is remuneration, although this was by no means the most important factor for employees. “If people feel fairly rewarded and their employers really care for their wellbeing, than they tend to feel that their employer is a good business to work for,” explained Lord Price. He concluded: “If people are happier at work, they’re going to stay longer, they’re going to work harder, you’re going to be able to train them. As a consequence, your customers will get better service.”