The initiative will run from Thursday 5th March at The Entertainer stores nationwide. 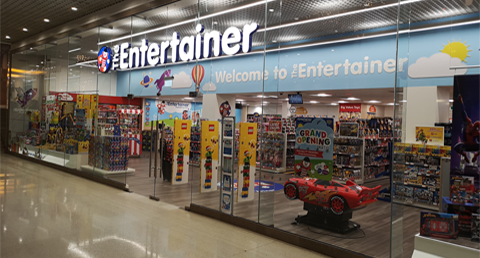 The Entertainer has announced the launch of The Big Book Rehoming in partnership with The Salvation Army to aid children from disadvantaged homes who don’t own a book of their own.

The campaign will run across all of The Entertainer’s UK stores from Thursday 5th March, aligning with World Book Day.

The Entertainer is calling on families to donate their unwanted children’s books, so they can be rehomed with underprivileged families. The National Literacy Trust found children from underprivileged homes who don’t own a book are six times less likely to read at their expected level.

When asked to rank the importance of doing activities together as a family, making social media content together ranked higher than reading. Making YouTube content was the most important thing to do together according to 14% of families, and 8% of families said reading was the least important. The findings also revealed that a quarter of families never visited a library.

Gary Grant, founder and executive chairman of The Entertainer said: “We are extremely pleased to launch The Big Book Rehoming in partnership with The Salvation Army. Reading is such an important part of childhood learning and development. Knowledge and education are fundamental building blocks for life and missing out on having books to read can take away the freedom and imagination reading can inspire. We’re proud to be helping to rehome books with children who need them whilst continuing to support the work of The Salvation Army.”

Kirk Bradley, head of Corporate Partnerships of The Salvation Army Trading Company added: “This is another vital campaign which benefits those who need it most and we are overjoyed to be taking part”.

The Big Book Rehoming will run from March 5 to March 14 in all 172 of The Entertainer’s stores nationwide.