The campaign, in conjunction with the Salvation Army, will run across all The Entertainer’s 172 stores. 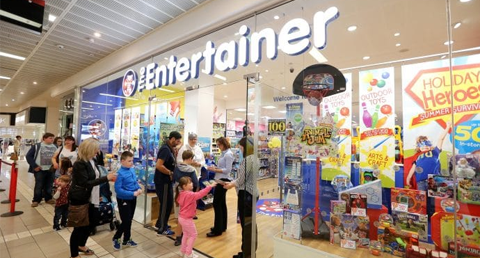 The Entertainer has announced the return of its hugely successful initiative, The Big Toy Rehoming campaign, in partnership with The Salvation Army. Families are called upon to take part in a New Year’s clear out, giving toys at the bottom of the toy box a chance to bring smiles to new faces.

The initiative aims to reduce the number of toys that could find their way into landfill by giving toys no longer played with a new lease of life, whilst aiming to support the 4.1m underprivileged children living in poverty across the country via The Salvation Army.

Thanks to generous donations from customers in June and September 2019, The Entertainer rehomed 16,000 toys, weighing in excess of 10,500 kilos, which could have found their way into landfill. The birthplace of The Entertainer, Amersham, generated the most donations with a total of 481 toys donated in September. Basingstoke followed with 461 toys, while Sutton Coldfield saved 230 toys from being discarded.

Gary Grant, founder and executive chairman of The Entertainer, said: “We are incredibly proud to announce the return of The Big Toy Rehoming campaign alongside The Salvation Army. It has been especially brilliant to receive feedback from those both on the receiving end of donations and kind families donating, with words of encouragement and praise for the campaign. Last year was a phenomenal success and we hope to continue to increase the number generous donations we receive for 2020, especially as families look to declutter their homes after Christmas and make room for their new toys and games.”

Kirk Bradley, head of Corporate Partnerships at Salvation Army Trading Company, which operates the toy collections on behalf of The Salvation Army, added: “Donations from the last Big Toy Rehoming campaign helped hugely in continuing to provide practical and emotional support for vulnerable people in the UK. It’s such a worthwhile cause and we’re looking forward to the public joining in again as they declutter their homes after the festive season.”

The Big Toy Rehoming campaign will run from 2nd January to 31st January, across the 172 The Entertainer stores in the UK.

Those looking to donate their toys to The Entertainer don’t need to worry about including packaging, however all toys must have a CE label or marking for safety reasons.  To find out more, please visit www.thetoyshop.com/bigtoyrehoming.