Following the opening of the location in Kuala Lumpur, The Entertainer is planning at least two more Malaysian openings before Christmas. 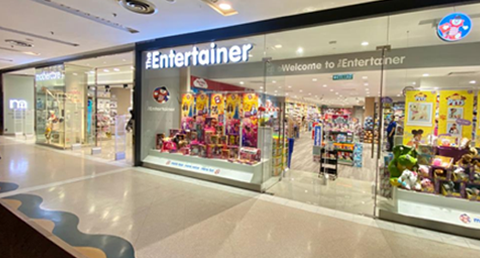 The Entertainer has further expanded its international presence with its first store in the Far East.

Working with Kim Hin Joo (Malaysia) Bhd as its franchise partner for the territory, The Entertainer has opened its first store near Kuala Lumpur. Plans are already in place for further expansion across Malaysia before Christmas, with two more stores confirmed.

The Entertainer operates in 10 other territories across the globe. The move into the Far East is a significant one for the group, whose international expansion is key to its long-term growth strategy.

Gary Grant, founder and chief executive of The Entertainer, said “We are extremely excited to have taken The Entertainer into the Far East; this marks a significant milestone for our global expansion strategy. We are working with a great partner who has extensive knowledge of the category and the region, and we are confident that The Entertainer will achieve great things in the Far East.”

Shu Ming Pang, managing director of Kim Hin Joo, added: “We’re delighted to be partnering with The Entertainer on this exciting opportunity to bring The Entertainer to Malaysia. There are multiple synergies between our businesses. Building on Mothercare’s strong and loyal customer base in Malaysia, The Entertainer’s offerings will fit nicely into the parenting journey as children graduate from the Mothercare brand. The Grant family possesses values which are aligned with ours, and we couldn’t have chosen a better partner for this venture.”