The heat is on…it’s the Friday Blog!

Warm enough for you? Thankfully we managed to dodge the wildfires in our neck of the woods, although I hear a few reps got uncomfortably close on motorway journeys earlier this week. I suspect the apocalyptic weather was both a blessing and curse for retailers: I had to go out to buy printer paper in the middle of the day on Tuesday (it’s press week for our August issue – another scorching issue coming your way very soon) and the Asda car park was practically deserted. I imagine a lot of people chose to do their shopping early in the morning or late at night to avoid melting.

Conversely, some toy retailers have told me that they have had a massive week on outdoor toys. Timing is everything with the good weather and toy sales, and with this burst of extreme temperatures coming just before the summer holidays, it couldn’t have been better. I hope people were well stocked with paddling pools, water blasters, water balloons and the like – because the demand was undoubtedly there this week.

Which is good, because – brace yourselves for a blast of honesty – it has been a tricky few weeks. To be precise, around six weeks, according to certain retailers and suppliers I spoke to this week. Perspective is needed: it’s not just toys, but UK retail in general is having a challenging time. Toy stores may even be faring a little better than many other destinations. But as the reality of inflation and rising prices hit home with consumers, the inevitable repercussion was a short-term reduction in footfall and sales, as people recalibrated their household finances.

According to some of my retail contacts, the declines are not necessarily across the board: there is a bit of a North/South divide, and an even bigger divide between the market towns and ‘local’ stores versus outlets in cities. But overall, the feeling is that we have just been through something of a sticky patch.

At least it’s a relatively steady time of the year for toy sales – there have been several sets of Q2 results released this week; Hasbro recorded a solid performance, while Mattel’s numbers were pretty special. Of course,the year isn’t won or lost in Q2. If the year is a four-course meal, Q2 is a pallet cleansing sorbet that tastes of very little. It’s the main course and the sumptuous desert we’re all looking forward to.

Despite the UK cost of living crisis being in danger of escalating out of control, the government seems powerless to intervene, or is choosing not to – free market, neo-liberal economics has its advantages in the good times, although it is arguably not the best defence against the prevailing economic headwinds. And the average member of the public can’t do what the previous Chancellor ‘Richi Rich’ Sunak, or current Chancellor Nadim Zawahi, allegedly did to make their finances stretch a bit further – registering your wife for non-dom status or manoeuvring shares into your father’s offshore trust isn’t exactly a viable option for Darren from Doncaster.

Politicians aren’t the only ones making the most of certain tax arrangements (you might even call them loopholes if you were so inclined…): Amazon UK Services, which includes the company’s network of warehouses, paid absolutely no corporation tax last year – despite hitting revenues of an eye-watering £193 a second. It seems the company took full advantage of Richi Rich’s super deduction, which offers firms 130% tax relief on qualifying plant and machinery, to wipe out its entire tax bill. Nice work if you can get it (I am not sure the acquisition of ToyNews and Licensing.biz counts, unfortunately). At least one prominent toy retailer I spoke to this week suggested that it would be wrong to blame Amazon for simply following the rules of the land – his view was that it was entirely the fault of the government for creating the policy in the first place. And by the letter of the law, he is 100% correct.

Having missed the BTHA Industry Day after catching Covid just days before, I was delighted to catch up with the BTHA team and many of the Council members at a special lunch this week to recognise the contribution of industry legends Andrew Laughton and Clive Jones to the Toy Trust. Both men stepped down from the Council over the past couple of years, but the pandemic precluded the BTHA from being able to mark their many years of valuable service to the Association. So, this week was a great opportunity to formally thank them in front of a specially invited audience of current and previous Council members, together with a host of industry friends and colleagues.

Clive Jones modestly said he had nothing prepared and then proceeded to give a fifteen minute speech thanking almost everyone in the room (he is going to make a great MP one day), while Andrew Laughton not only accepted a parting token of appreciation from the BTHA, but also a generous gift from his former colleagues at Zapf. I am sure ‘Little Andy’ – as he quickly became known – is going to take pride of place at Laughton Towers. Despite rumours to the contrary, ‘big’ Andrew has no plans to start a ventriloquist act with ‘Little Andy’ – although that would make excellent entertainment at this year’s Fence Club Christmas Party…

I will leave you with some photos from a memorable afternoon. The great thing is that I get to call this work: talking to so many knowledgeable industry figureheads about the current state of play out in the market is a priceless opportunity, and it helps us to do what we do best – reflect exactly what is happening in the world of toys…the good, the bad and (occasionally) the ugly. 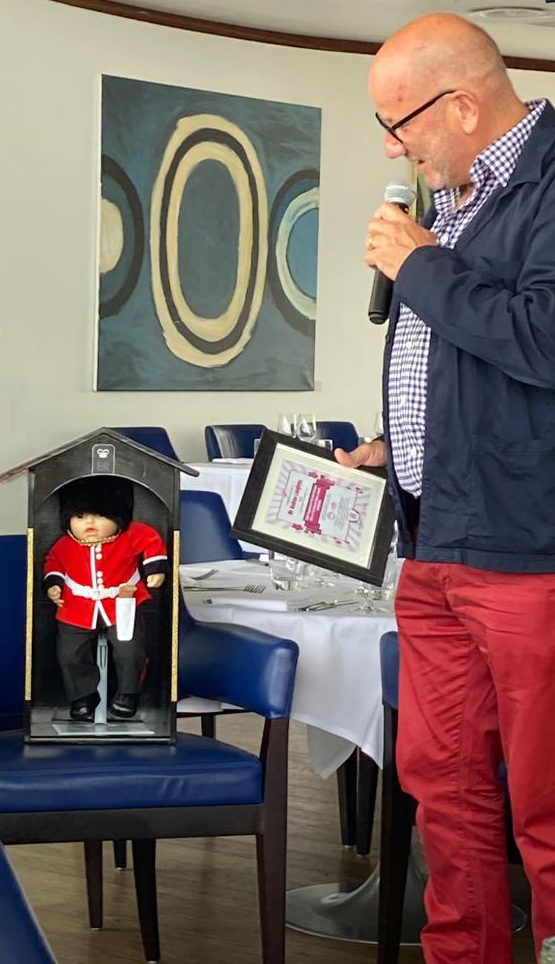 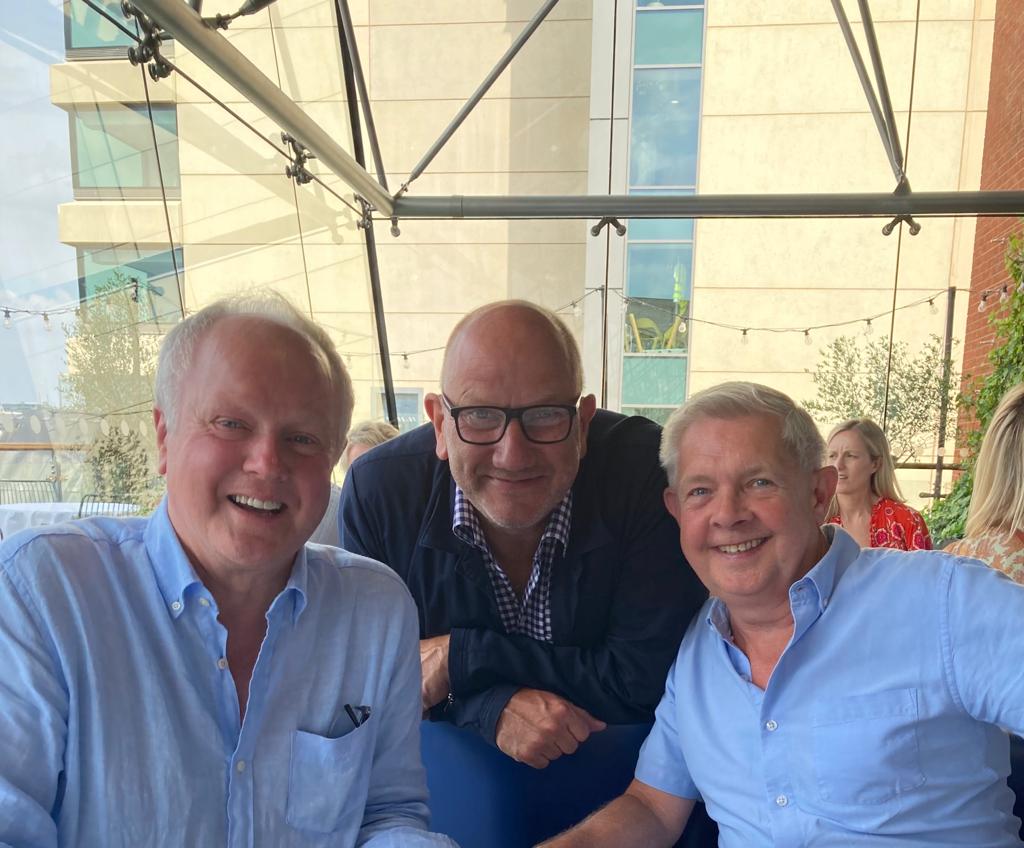