The collaboration is part of the Group’s commitment to ensure children’s creative ambitions are not limited by old fashioned gender stereotypes. 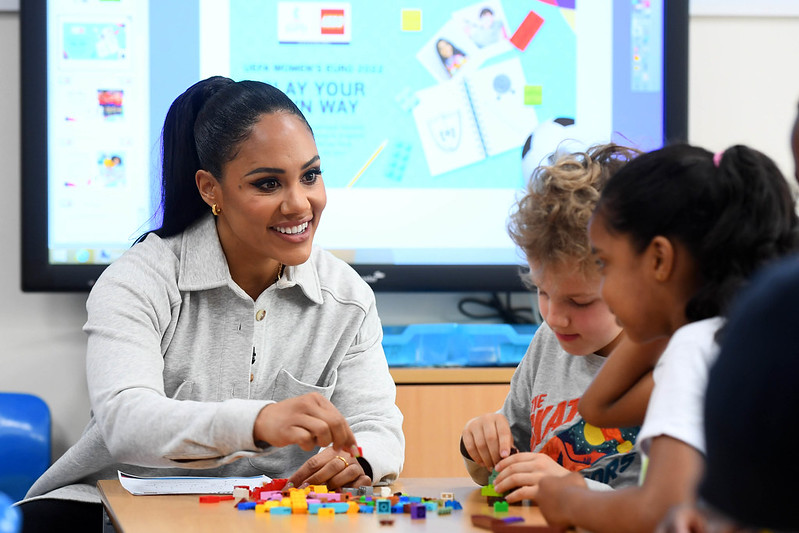 In the run up to the big football event, the Lego Group conducted a new UK survey which reveals over three quarters (79%) of young girls look up to women who challenge old fashioned gender expectations. Research also found that over half (54%) of kids and 66% of parents think it’s important that role models don’t conform to gender stereotypes.

The study also revealed that despite the clear need for role models, 78% of parents wish their child had more to look up to.

Play Your Own Way lesson plans have been launched by football stars and role models Alex Scott and Lucy Bronze and primary school teachers can now sign up to download the resources at WEURO2022Schools.com.

Ex-footballer and sports commentator Alex Scott (pictured) said: “I wouldn’t be the person I am today without the role models I had in my life when I was a child, from my mother who taught me to always speak my mind, to my brother who introduced me to football. I’m proud to be partnering with the Lego Group to help kids celebrate the role models that are inspiring the next generation.”

Isabel Graham, head of marketing, the Lego Group UK and Ireland, said: “This exciting collaboration forms part of our ambition to inspire positive change for future generations and help kids realise their unique talents and potential. With different types of play still heavily judged as being gender specific, it’s important for us to champion inclusive play and help give children the confidence to succeed.”

The Lego Group is also working with child psychologist Dr Martha Deiros Collado who has identified five different types of role models a child might take inspiration from.

Typologies range from the Believer, an individual unafraid to make mistakes through which children can learn the art of perseverance, to the Imperfect One, a person that teaches children to embrace their imperfections.