The company will be a national sponsor of the tournament as part of its Ready for Girls campaign, which aims to challenge old-fashioned gender norms. 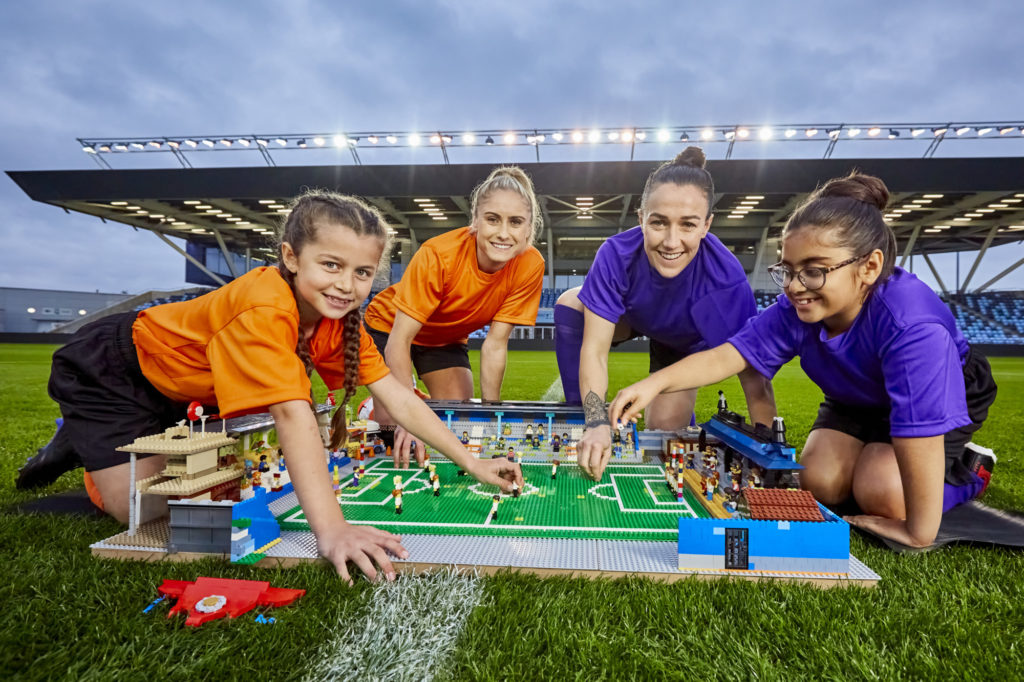 Lionesses Steph Houghton and Lucy Bronze at the launch.

The Lego Group has been announced as a national sponsor for the UEFA Women’s Euro 2022 in England next summer, as part of its Ready for Girls campaign, which celebrates girls challenging outdated gender stereotypes.

The partnership, announced ahead of The Final Draw Show this Thursday, 28th October, will also see the Lego Group planning a series of fun, interactive ways for fans to get involved, more details of which will be revealed in early 2022.

The tournament is due to be the biggest women’s European sport event in history and takes place from 6th-31st July in 10 English stadiums. The event aims to inspire long-term, sustainable positive change in women’s and girls’ football.

A recent study from the Lego Group and Geena Davis Institute on Gender in Media found that girls feel less restrained by typical gender biases than boys when it comes to creative play and are more open towards different types of creative play compared to what their parents and society typically encourage. For example, 82% of girls believe it’s OK for girls to play football and boys to practise ballet, compared to 71% of boys.

Isabel Graham, head of marketing, the Lego Group UK and Ireland, said: “We know that different types of play are still heavily judged as being gender specific which is why we are committed to championing inclusive play and ensuring that children’s creative ambitions – both now in the future – are not limited by gender stereotypes. It’s fantastic to see the UEFA Women’s Euro 2022 tournament getting more and more prominence, and we’re proud to help support this by being a National sponsor for 2022.”

Guy-Laurent Epstein, director of marketing at UEFA, said: “We are delighted to have the Lego Group as one of the first national partners of UEFA Women’s Euro 2022. The addition of this major brand is further proof of the scale of this event and our ambition to make it the biggest women’s European sport event ever. It is important for us to have partners on board who share the same values, working together collectively to deliver what is set to be a record breaking tournament that further grows the women’s game.”

The Final Draw Show for UEFA Women’s EURO England 2022 takes place this Thursday (28th October) live on BBC One from 16.30.

Fans hoping for tickets can enter the Public Ballot, which opens following the Draw Show and closes on 16th November. For more information and to enter the public ballot head to www.uefa.com/womenseuro/ticketing

You can watch the project launch with players Steph Houghton and Lucy Bronze here: