The Lego Group has opened its annual festive display in Covent Garden plus an interactive experience online at Lego.com – both will run until January. 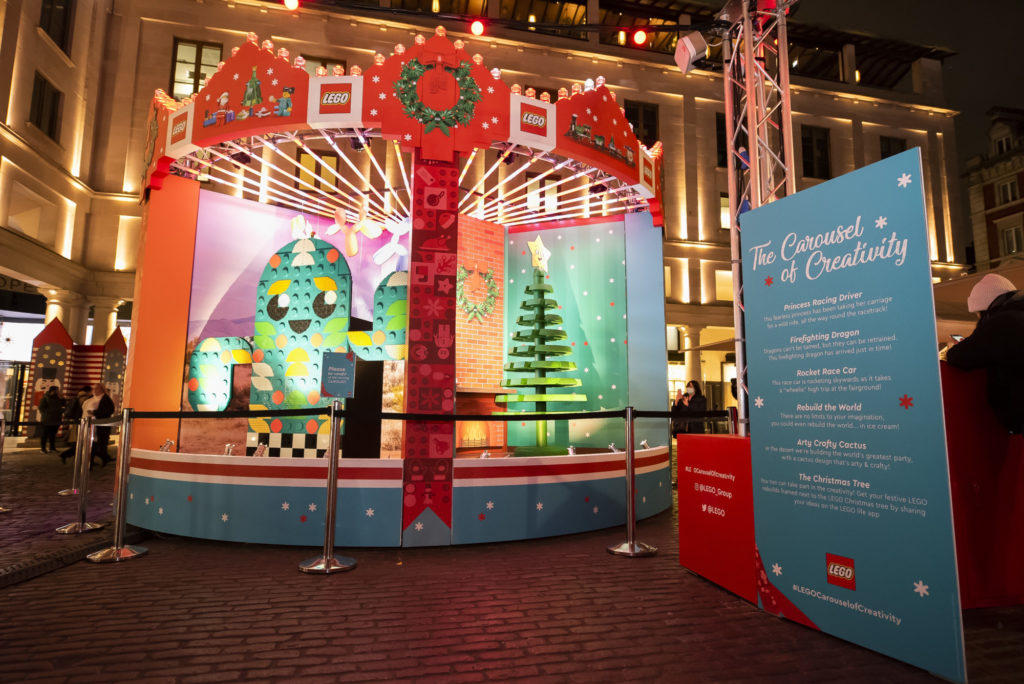 The Lego Carousel of Creativity features five brick-built characters from the brand’s Christmas ad which celebrates children’s imaginations, plus a dedicated section displaying creations submitted by kids. Children can submit a festive Lego build for the chance to be featured via the Lego Life app.

Designed to be viewed, not ridden, the carousel brings a Lego twist to a traditional Christmas icon. Fans are promised an experience of a world where anything is possible, where brick-built characters challenge the norm, from a firefighting dragon to a princess racing driver.

Those unable to make it to London can still take part online at Lego.com/CarouselOfCreativity and via the Lego Life app.

As well as being able to submit festive builds to the Lego Life app, there will also be weekly themed challenges to keep imaginations flowing over the festive season, and fans can also explore a 3D virtual tour of the carousel at Lego.com.

To help make the holidays brighter for children in need of play, the Lego Group is also encouraging everyone to grab their bricks and build a star – small, big, or wonderfully weird – to help pass on the joy of play as part of its Rebuild the World #BuildToGive initiative.

For every star built and shared on social media or Lego Life using the hashtag #BuildToGive before the end of December, the Lego Group will donate a Lego set to a child in need, giving children in hospitals, children’s homes, and vulnerable communities the chance to play this holiday season.