Thousands of jobs at risk at Asda

Up to 5,000 jobs at risk in new business plan, although Asda plans to mitigate the changes by introducing 4,500 new roles. 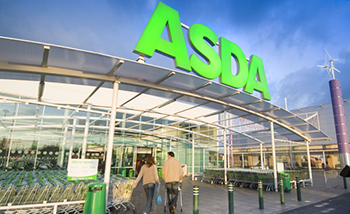 Asda says it has begun consulting with workers over a major restructuring of the business which could put around 5,000 jobs at risk, including 3,000 non-store jobs.
Said to be led by a change in demand from shoppers rather than being part of a cost-cutting drive, proposed changes would include roles in areas such as in-store cash management and online grocery picking, which would move to existing stores instead of dedicated fulfilment warehouses.

The company, which has a total workforce of 145,000, has increased its online capacity by 90% since March and expects to be fulfilling 1m orders a week by the end of the year.

Asda said it planned to create 4,500 jobs in functions such as new order pickers and delivery drivers to cope with the expansion of its online offering, and also plans to make changes to about 1,100 store management roles. Deputy store managers and section leader roles look set to be axed and replaced with operations manager and online trading manager roles; according to Asda, the changes would increase the number of store-level management roles.

Asda chief executive Roger Burnley said: “Our priority is to serve customers in the way they want to shop with us. The last 12 months have shown us that businesses have to be prepared to adapt quickly to change and I am incredibly proud of the way we demonstrated our agility and resilience through the pandemic.”

Asda says it hopes many of those at risk can be moved to new jobs and that the actual number of workers leaving the business will be minimised. However, one store manager told BBC News that the proposed job cuts would “pile more pressure and stress on an already stretched workforce” and suggested that the new proposals were not welcomed by store staff.

Roger Burnley has since commented: “”Our plans to transform the business will result in more roles being created than those we propose to remove and our absolute aim is to ensure as many colleagues as possible stay with us, as well as creating the opportunity to welcome new people to our business.”

Asda was recently purchased by billionaire brothers Zuber and Mohsin Issa and private equity firm TDR Capital, in a deal valuing it at £6.8bn. They are yet to take control of the business from Walmart however, as the transaction must still be formally approved by the Competition and Markets Authority.

Speaking to Sky News, Roger Jenkins of the GMB union said: “Asda workers have had a torrid two years, with the failed Sainsbury’s takeover, 12 months working on the pandemic frontline and now the uncertainty of a new takeover saddling the company with huge debts and potential sell offs. This is the last thing they need. The scope of today’s announcement means 5,000 people have their lives put on hold. It’s not right.”