New Tier 4 restrictions have been introduced in London, the South East and east of England, forcing the sudden closure of non-essential retail once again. 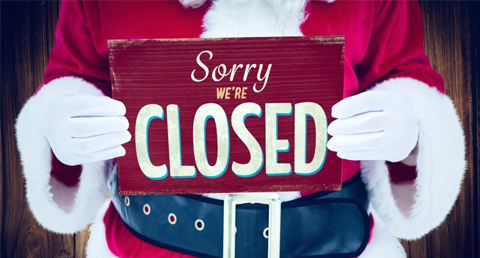 The new restrictions came into force at midnight on Saturday, with people encouraged to stay at home, while non-essential shops and businesses have been ordered to close. Click and collect services will still be able to operate in Tier 4

Health secretary Matt Hancock said he did not know how long the Tier 4 measures would be in place but “it may be for some time, until we can get the vaccine going”.

Britain’s retail sector has warned of severe consequences from the new Tier 4 restrictions. The British Retail Consortium said thousands more jobs could be at risk – in an industry already devastated by months of pandemic disruption. It criticised the government’s “stop-start approach” as “deeply unhelpful” and joined other groups in calling for an extension of a business rates holiday to help struggling firms.

BRC chief executive Helen Dickinson commented: “The consequences of this decision will be severe. This decision comes only two weeks after the end of the last national lockdown and right in the middle of peak trading which so many are depending on to power their recovery.”

London Mayor Sadiq Khan told BBC Breakfast the “11th-hour announcement is a bitter blow” for families and businesses, saying it is the “chop-change, stop-start, that’s led to so much anguish, despair, sadness and disappointment”.

The timing of the announcement, late on Saturday afternoon, prompted a rush of shoppers attempting to complete their Christmas shopping, with scenes described as more crowded than traditional Black Friday or Boxing Day sales. Later, a deluge of passengers descended on train stations, trying to relocate for the Christmas period.

Residents in Tier 4 are being asked to stay at home unless for essential journeys, while people in other tiers are advised not to travel into the new Tier 4 areas. A ban on travel between Scotland and the rest of the UK will also apply over the festive period.

Susan Hopkins, from Public Health England, said they alerted the government on Friday that the new variant – first identified in the middle of October from a sample taken in September – was spreading faster than other viruses circulating. Dr Hopkins said that there was evidence that people with the new strain had “higher viral loads” – which meant they were more infectious. She added that findings had shown the new variant was up to 70% more transmissible compared to others in circulation.

A growing number of countries have banned travel from the UK over the new variant, which will have a significant impact on international freight services.