This represents the best debut in cinemas so far this year, with the Tom & Jerry movie also simultaneously released on HBO Max. 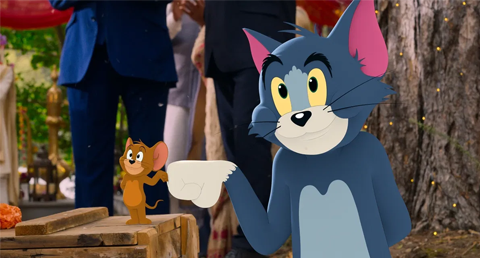 Warner Bros new Tom & Jerry movie led North America’s box office this weekend, with $13.7m in opening sales, the largest debut so far this year and the second-best since the pandemic began. Approximately 42% of cinemas in North America have reopened to date, according to Comscore. New York City, a major film market, is set to reopen movie theatres at 25% capacity this coming Friday. Warner Bros. also said it saw “an enormous boost” for Tom & Jerry from private theatre rental bookings, a new offering by cinemas to attract audiences to return in their own private bubbles.

Tom & Jerry was released simultaneously on HBO Max in the US for one month. It follows Warner Bros.’ plan to put all of its 2021 movies online the same day they open in cinemas, a strategy which did not initially go down well with cinema chains, already short of new releases and hampered by capacity restrictions. Prior to the pandemic, movie theatres traditionally had around three months exclusivity on new movies.

The success of Tom & Jerry was not limited to the US market: the remake of the classic cartoon series took $33.1m globally this weekend, with China its second-largest market. Speaking to Toy World before Christmas, Warner Bros. general manager UK Rachel Wakley commented: “The fact that neither character speaks makes this franchise easily translatable across the globe, with China and the Far East representing some of our strongest markets.”

According to Rachel: “The film, a blend of classic animation and live action, Is set in New York City on the eve of the wedding of the century, where the ensuing cat-and-mouse battle stakes new ground for the iconic characters and forces them to do the unthinkable – work together to save the day.”

Moose Toys is the master toy partner for the franchise, with a range which focuses on figures and plush.