Toy Story, Frozen, Cinderella and Finding Nemo will be joining the Tonies range from October. 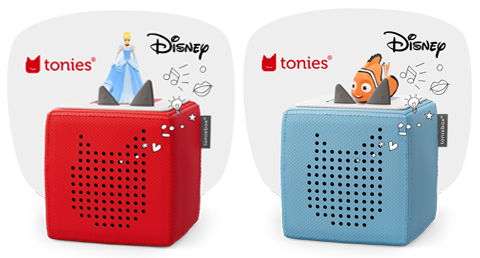 Children’s audio system creator, Tonies, has revealed that characters from Disney and Pixar favourites Frozen, Cinderella, Toy Story and Finding Nemo will be added to its line-up of Tonies in October and November, ahead of what’s set to be a bumper Christmas 2020 for the brand.

Providing entertainment for the whole family, the Toy Story Tonie, available from 22nd October, includes a 17-minute re-telling of this modern classic, as well as timeless tunes such as You’ve Got a Friend in Me, performed by Randy Newman.

The Frozen Tonie includes four iconic songs from the hit film, such as Let It Go and For the First Time in Forever, before transporting listeners to Arendelle and telling the story of Elsa and Anna’s journey.

Also new are the Finding Nemo Tonie and Cinderella Tonie, featuring the telling of much-loved story lines and songs from both films.

Tonies UK GM, Manon Sel, comments: “We are excited to announce four fantastic additions to our Disney and Pixar collection, all of which are sure to fill bedrooms across the country with audio magic this Christmas. The perfect stocking filler, these family favourites join an already stellar line-up and enhance our expanding range of stories and songs.”

Over 14m Tonies and 1.5m Tonieboxes have been sold across Europe since the launch and 2020 started with the announcement of the brands’ expansion to the US – expected towards the end of this year.