The children’s audio player brand says the pop-up offers the perfect day out for families who have spent months at home during the pandemic. 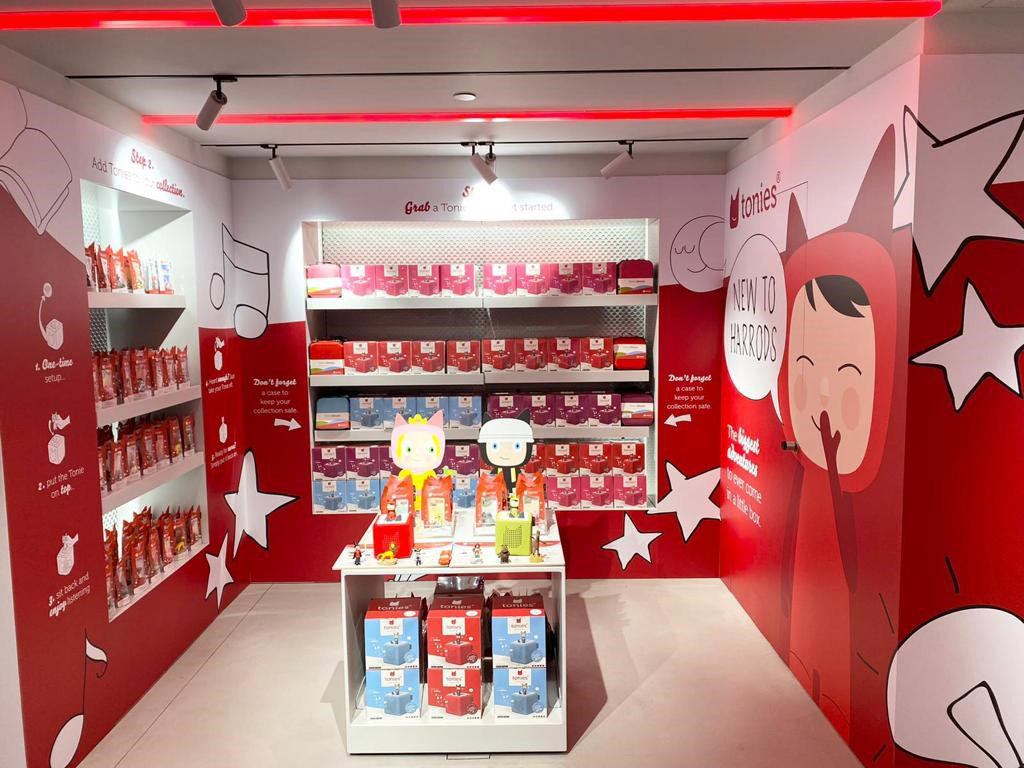 Tonies has announced that its new and exclusive pop-up, located at the world-renowned department store Harrods’ Fourth Floor Toy Department, is open until May 29th .

The exciting pop-up features select best-selling Tonies from the collection of over 100 characters. It will include popular stories such as those of Julia Donaldson, including The Gruffalo, Room on the Broom and Stick Man, along with everyone’s favourite dragon-in-training, Zog.

Offering content to entertain and educate both infants and children of up to 10 years old, the Harrods’ pop-up range will also feature childrens’ favourite Peppa Pig, as well as a selection of Disney classics including the Lion King, The Jungle Book, and Toy Story.

Tonies accessories will also be available at Harrods’ pop-up. The carefully crafted and beautifully designed Tonie-Carriers have enough space to hold 20 Tonies, making them the perfect add-on for families planning on travelling this summer. The carry cases are available in six eye-catching colours to match the Tonieboxes six colourways.

In April, the company announced it was adding five new Tonies to its extensive range of stories, songs and audio as it welcomed Paw Patrol, Bob the Builder, Diary of a Wimpy Kid, The Famous Five, and Mia and Me to the Tonies family.

In a statement, the company said: “Now, more than ever before, parents are searching for alternative ways to entertain, educate and inspire their children. The new Tonies will spark children’s imagination with immersive content, songs and stories – all totally screen-free. Whether parents are introducing their child to their own nostalgic stories, such as The Famous Five, or listening together to the latest blockbuster story that their child loves, like Paw Patrol, Tonies keeps little ones entertained in a way that is meaningful, enriching and, most importantly, fun.”