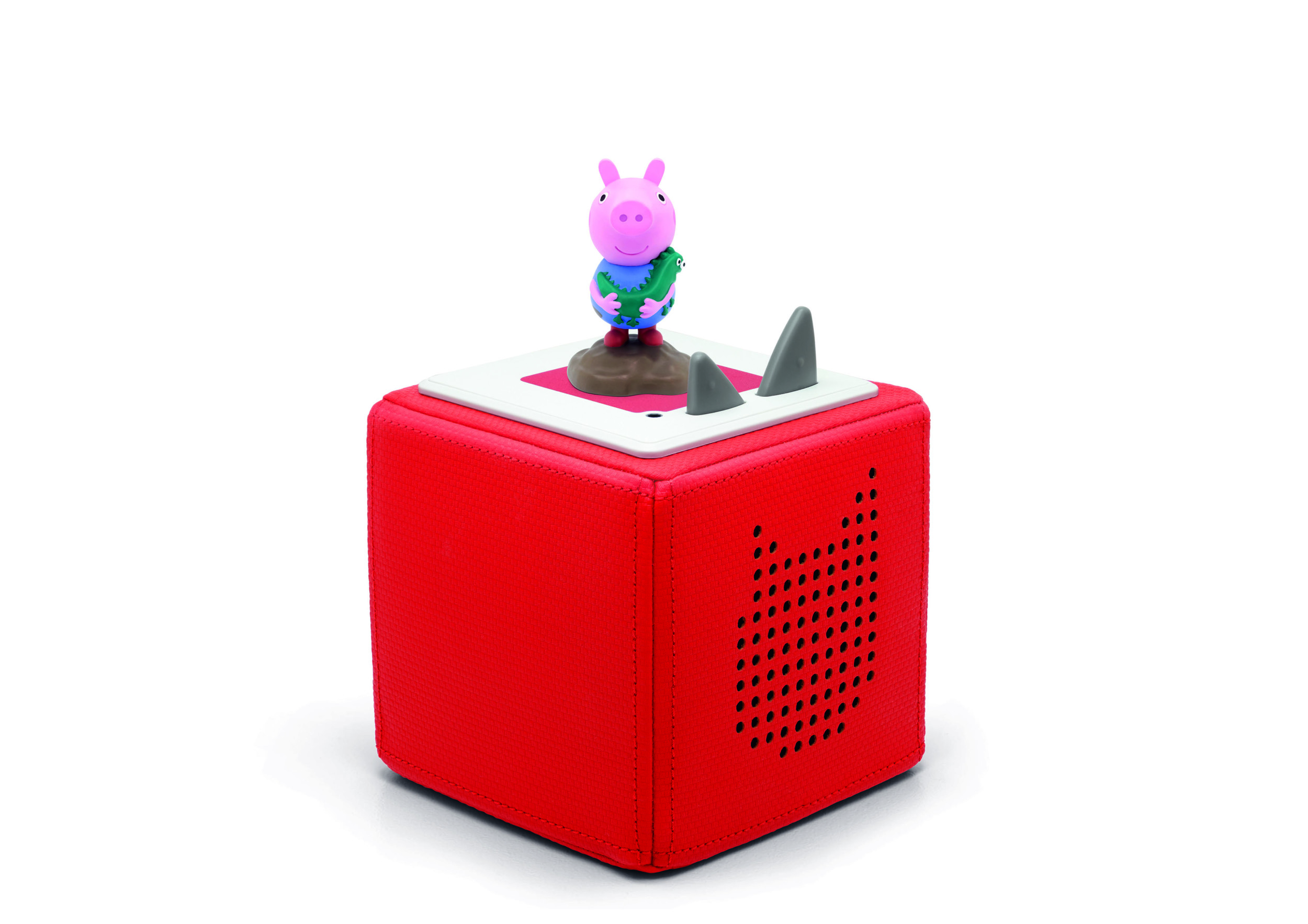 Peppa Pig is back for another turn on the Toniebox with the launch of a George Tonie featuring 10 stories from the hit TV show.

“Peppa Pig is a global phenomenon and has played such an integral role in children’s lives for the best part of 20 years so it’s an absolute pleasure to be able to host such iconic content on the Toniebox,” commented Pinky Laing, partnership and PR manager at Tonies.

The Tonie, narrated by John Sparkes, includes stories of George’s New Dinosaur, among nine other adventures featuring fan favourite characters Peppa Pig, Daddy Pig, Mr Bull and more. Kids can find out what happens when Peppa declares her house a desert island, or how Grampy Rabbit flew to the moon and back.

The audio collection features a full cast of familiar voices, music and special effects from the series. The stories featured are: George’s New Dinosaur, The Big Tale of Little Peppa, The Biggest Muddy Puddle in the World, Peppa’s Circus, Grampy Rabbit in Space, Granny Pig’s Perfume, Mr Bull in a China Shop, The Children’s Fete, The Sandpit, Daddy Pig’s Lost Keys. The running time is around 59 minutes and the Tonie is suitable for children 3 years plus.

Pinky Laing added: “We’re thrilled to be welcoming George and his little green dinosaur to our Tonies family this summer, giving preschoolers another magical dose of Peppa Pig. Jam-packed full of fun from the popular kids’ TV show, George is set to be one of our best-selling Tonies, following in the footsteps of his big sister.”