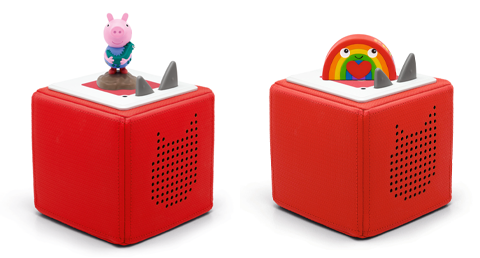 Children’s audio system Tonies has unveiled a new line-up for the summer including Peppa Pig’s George, Tee and Mo, Swan Lake, Pinocchio and Monty & Co, as well as superheroes Owlette, Catboy and Gekko as the PJ Masks.

Launching in June and July, they will be joined by Pride Tales, a Tonie dedicated to celebrating and reinforcing positive Pride messages for listeners and their families, which launches for Pride Month in June.

With the new Peppa Pig Tonie, George joins his sister Peppa on the Toniebox with 10 stories narrated by John Sparkes, while pre-schoolers will also be entertained by three new PJ Masks Tonies packed with superhero stories and songs from the TV series.

The new Tee and Mo Tonie contains three stories and six songs that explore scenarios familiar to children and their caregivers everywhere, while inspiring imaginative play at home.

The relaunched Favourite Classics Pinocchio Tonie offers a world of adventure with four timeless stories of Pinocchio’s quest to become a ‘real boy’, and kids can also meet The Railway Children as their lives change forever following the disappearance of their father. Kids can also enjoy the charming tale of Badger, Ratty, Mole and Toad in The Wind in the Willows and follow the adventures of Black Beauty, a horse from 19th century England.

Also new is Monty & Co, a mini musical comedy drama about a blended family of puppets that spend their days repairing, reinventing and upcycling everything from broken clocks to musical instruments.

The Pride Tales Tonie is narrated by Johannes Radebe and takes the shape of the famous Pride Rainbow. Tonies has partnered with Mermaids, a charity which has been supporting transgender, nonbinary and gender-diverse children, young people and their families since 1995. The company will be donating 100% of the profits from sales of the Pride Tales Tonie to Mermaids.

Liz Peters, head of Portfolio UK & IR at Tonies, said: “We’re thrilled to be releasing such a wide-range of new content for all ages this summer. From beloved classics to popular kids’ TV shows, there’s something to entertain every little listener during the long holidays.” 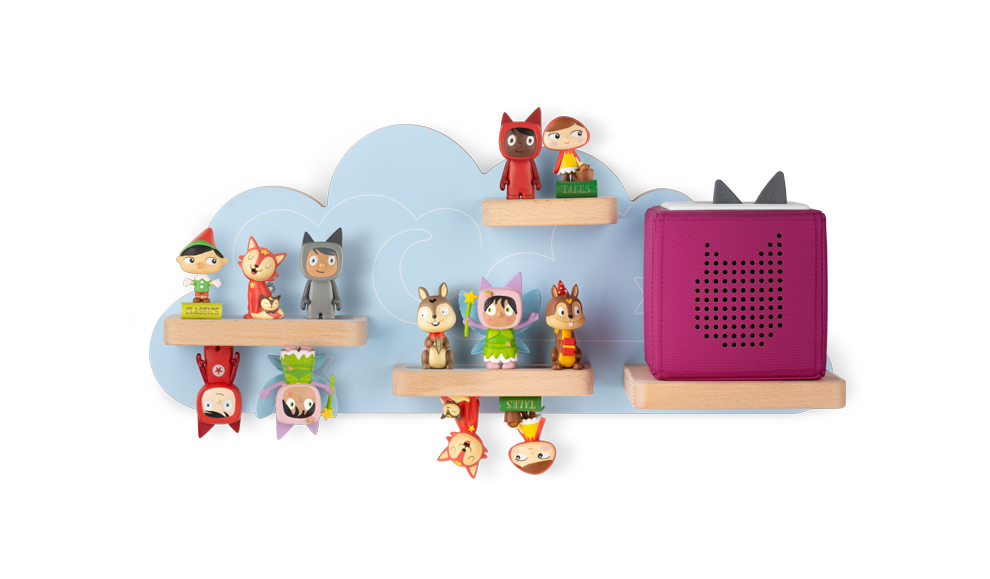 Commenting on Pride Tales, Pinky Laing, Partnerships & PR manager at Tonies, said: “It’s so important for little ones to begin learning about diversity and inclusivity from a young age, and what better way for Tonies to help than with the launch of our Pride Tales Tonie. The Tonie is an accessible, easy to understand way for parents to introduce their children to these important topics.”

Tonies is also launching three new shelving solutions for kids to store their Tonies and charge their Toniebox. There’s Fairy Pink Rainbow, Forest Green Mountain and Sky Blue Cloud, and each includes space for a Toniebox, charging station and up to 25 Tonies. The magnetic shelves come in different sizes and can be mounted to the wall with ease.

To find out more about all of these visit www.tonies.com.