José Mourinho has been signed as Topps’ ambassador and sticker manager as part of the humourous campaign film #TheSpecialSelection. 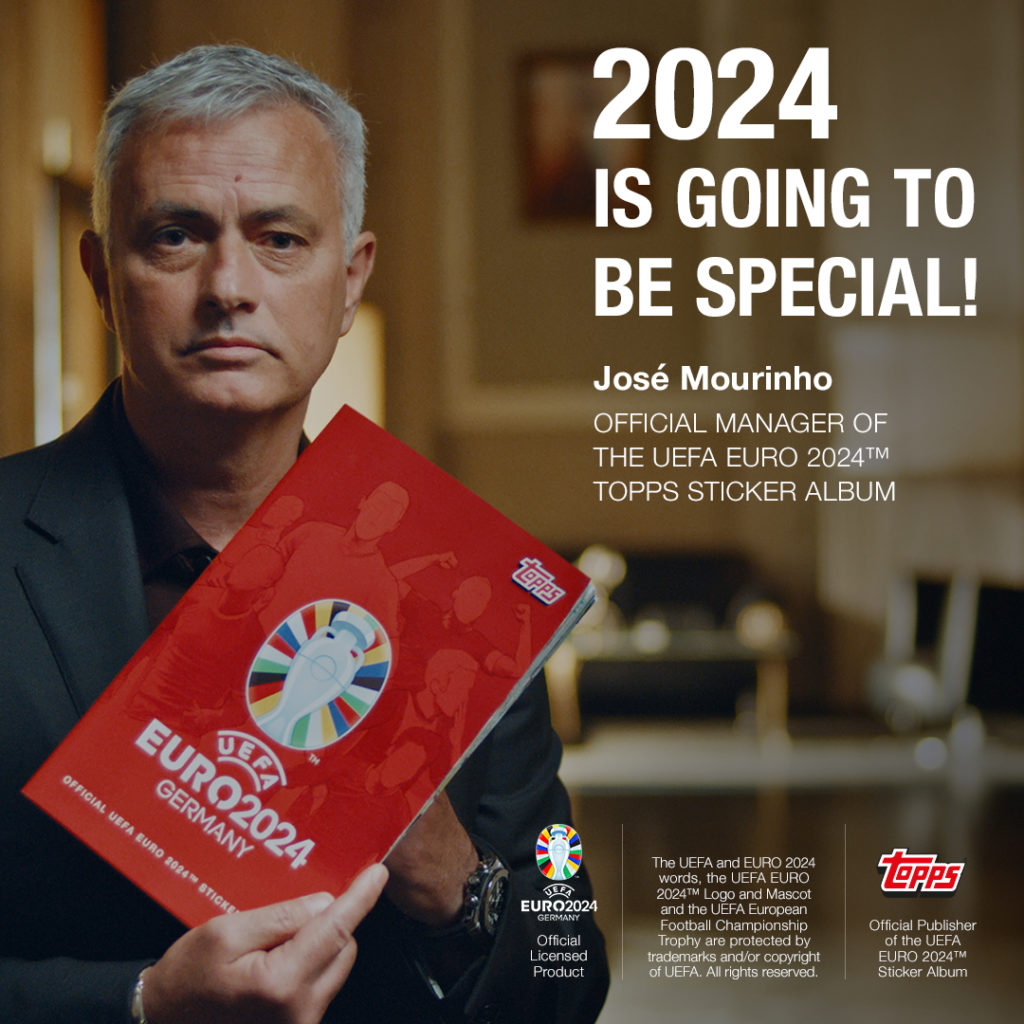 The Topps Company, which earlier this year became part of the global digital sports platform Fanatics, has announced a partnership with UEFA as an official licensed partner of UEFA Euro 2024. From this year until 2028, under the current agreement, Topps will provide official stickers, trading cards and collectibles connected to the UEFA Euro and other UEFA national team competitions including the UEFA Nations League Finals and the UEFA Women’s Euro 2025.

Already a partner of Fanatics – the company runs its official Fan Shops at major UEFA tournaments – the deal means UEFA can now leverage Topps‘ iconic brand and collectibles expertise, as well as its world-class product development and manufacturing capabilities, at the biggest international tournaments across Europe.

A key partnership activation, Topps has also signed football legend José Mourinho as its Euro Ambassador. In the humorous campaign film #TheSpecialSelection, viewable at the end of this story, José is presented as the official sticker manager for all the national teams featured in Topps Road to UEFA Euro 2024 collections. This means he’ll be able to accomplish the one thing missing from his glittering career: managing a national team – or at least selecting the players of the national teams that will be included in the Topps sticker album.

The first exclusive products will be released in summer.

Mark Catlin, general manager International Sports & Entertainment at The Topps Company, said: “The European Championship is the biggest and most prestigious football event on a national level in Europe, recognised globally, with its very own legacy when it comes to stickers, trading cards and collectibles. We are naturally extremely happy to be the official partner of UEFA through to 2028, offering our community and football fans throughout the world the premier national players, teams and the greatest of European footballing moments. The announcement of this partnership is a huge step and there is so much more to come on our road to Euro 2024 and beyond.”

Patrick Rausch, chief marketing officer EMEA for The Topps Company, added: “This is more than special for us. That is why we selected none other than ‘The Special One’, José Mourinho. José is a true legend and one of the biggest names within European football. We are proud to announce the partnership with him as our testimonial and such an iconic campaign film, showing that commercials from sticker companies can actually be funny and entertaining.”