Although 700 toy manufacturers remained committed to exhibiting at Toy Fair New York, the organiser says its efforts to sustain the show have been thwarted. 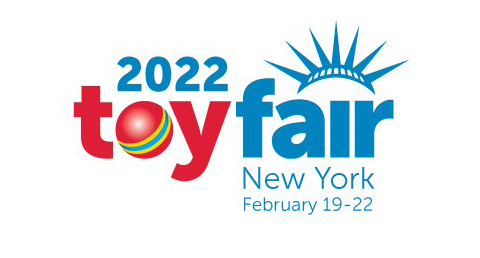 The Toy Association has announced the cancellation of Toy Fair New York, originally set to take place from February 19th to 22nd at the Javits Center in New York City.

“Key to our efforts these past two weeks has been the balance of some 700 remaining committed toy manufacturers saying they need and want Toy Fair 2022 to build their businesses, weighing that against those departing and seriously on the fence, and needing to provide a sufficient quantity and quality across the retail buying community necessary to deliver a positive experience,” said Steve Pasierb, president & CEO of The Toy Association. “As that balance has shifted, we are obligated to make the best decision in everyone’s interest, no matter how heartbreaking for so many and potentially damaging some business’ future prospects. The wide range of other events that occur across New York City during Toy Fair week are now also impacted.”

“Certainly, there are legitimate concerns around the pandemic that have guided thinking,” added Steve. “Many are saying they are very comfortable with being at the Javits Center and at the show given strict health and safety protocols in place, while travel concerns and for some, staff absences due to illness at home, rightfully weigh on their minds.”

In its statement, The Toy Association claimed that despite about 700 toy manufacturers remaining committed to exhibiting at Toy Fair, “constant, unfounded rumors” on social media and elsewhere defied The Toy Association’s best efforts to sustain the show amid global uncertainty surrounding the pandemic.

Steve concluded: “Delivering a best-in-class next Toy Fair for all the varied audiences it serves so well is now our focus. We will be working with all exhibitors on next steps to unwind February 2022 and build a solid base for visitors from across the world to again experience Toy Fair.”

The announcement was made last night, and among those reacting to the news, independent retailer and Toy World columnist, Richard Derr, had this to say: “Don’t worry toy manufacturers, we all had a record 2021 without Toy Fair and while I wanted to go this year, we can and will do a great job again. Inventory is at good levels and open to buy is in a strong position. Keep investing in new trends with good value, and our customers will respond. And, we still have all that birthday party business to come back eventually.”