UK retail sales fell 8.2% in January from December, according to the Office for National Statistics, as non-essential shops remain closed. 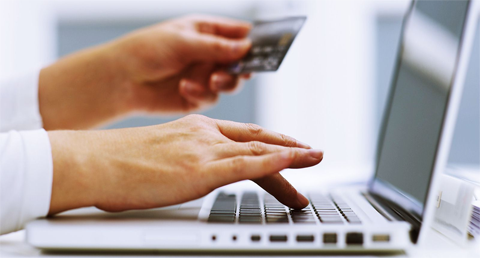 The decline is far bigger than the 2.5% drop predicted by city economists. Sales were down 5.5% when compared with January 2020.

However, the UK toy market continues to perform better than expected. Latest data from NPD shows toy sales in the month of January up +3%, with the market valued over £95m.

All non-essential shops were forced to close again throughout January after a new lockdown was declared to limit the spread of new Covid-19 variants. This has naturally affected sales, but not to the same extent as the first coronavirus lockdown last spring, when sales overall slumped by 22.2% in April compared with the pre-pandemic level in February.

Consumers continued to rely heavily on shopping digitally in January, and online spending surged to 35.2%, the highest on record and up from 29.6% in December. All store types reported higher online sales, with supermarkets and other food stores reaching an historic high of 12.2% of sales made online.

The ONS’s Jonathan Athow commented: “The decrease seen this time was not as large as that of the first lockdown, as some stores have adapted to the current circumstances, with services such as click-and-collect helping to cushion the fall.”

The ongoing lockdown has seen most retailers carry the challenges of the pandemic over into 2021. The January sales encouraged an online spending spree, however, this by no means compensated for the footfall that would have otherwise given high streets and shopping centres a New Year’s booster.

In toys, however, the market has grown every week versus 2020, with many of the trends experienced in 2020 continuing. Then, consumers notably replaced impulse buys with considered purchasing, and there was a move to higher priced toys, as impulse occasions were lost due to non-essential store closures. NPD says the same trends are ‘unsurprisingly evident so far this year’.

Early reads on the toy market for the first week of February show promise, as another extraordinary growth week was up +18% YOY. Fewer toys are still being bought, NPD told us, with units down -4%, but the total market for the week is valued at over £26m, and key players and properties continue to show double digit growth.

With plans to exit lockdown soon to be revealed by the government and over 15m people already vaccinated in the UK, the second half of this year will be an interesting period for the toy market.

Non-essential retailers are naturally continuing to demand greater clarity on when they will be able to reopen physical stores, as well as looking for support and reassurance in the upcoming Budget, such as the extension of existing measures or a reform on business rates that has long been called for by the retail sector.

“So far, the January results indicate that 2021 seems to be a continuation of what we saw last year,” an NPD spokesperson told Toy World. “After a year of market growth, what toys are consumers buying and how has the beginning of this year played out?”

To find out more, read the latest NPD Insight article in the upcoming March edition of Toy World.