Published on: 15th September 2020
Toy Town will open in the Crowngate centre on Saturday 19th September. 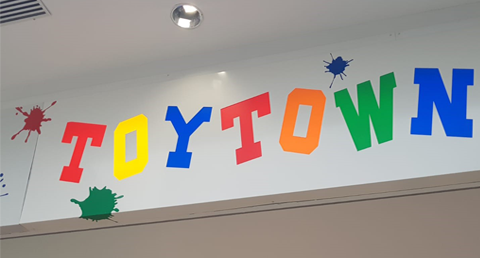 Founded in Belfast in 1980 as a small family run company, Toy Town has grown into one of the largest independent toy retailers in the UK and Ireland. Multiple new store openings bear testament to the company’s success, although these have been delayed for a few months by the lockdown.
A location in Poole was opened in August, followed by one on the outskirts of Derry, before the latest Worcester opening. This branch has taken over a unit left vacant by the closure of a Mothercare store.
Toy Town MD Alan Simpson told Toy World: “Covid has cleaned out a lot of retailers. As a business, Toytown can move quickly to fill voids, which are something landlords really don’t want right now. Where retailers have come unstuck, so have landlords. We always take the view with landlords that we’re all in this together; neither can exist without the other.”

A spokesman for Toy Town said: “We are really excited to be expanding with a new shop in Worcester. It is a great opportunity to bring something to Worcester that was lost when Mothercare left as we don’t just do toys, we also offer a wide range of nursery furniture including pushchairs and car seats.”

The team in Worcester has been working hard in readiness for the opening this weekend, although the company has described this as a “quiet opening”, as it does not want to draw too big a crowd and put anyone at risk.

“We have hired a team of six local people headed up by our store manager Nicky Clark,” said the spokesperson. “We look forward to welcoming the people of Worcester to our new store and we hope they like what we have to offer.”

Toys and Games of Worcester is just across the road in Broad Street, and owner Tim Evans told The Worcester News that his businss does not feel threatened: “Worcester is a great place to live and a great place to trade. It is no surprise that shops want to come to our wonderful city. Broad Street is obviously the place to be! We have lots of loyal and wonderful customers and will be here serving them for a long time to come.”

Look out for a feature interview with Alan Simpson of Toy Town in the upcoming October edition of Toy World.