Indies report that parents have begun Christmas shopping earlier than ever before after reports of delays in the supply chain. 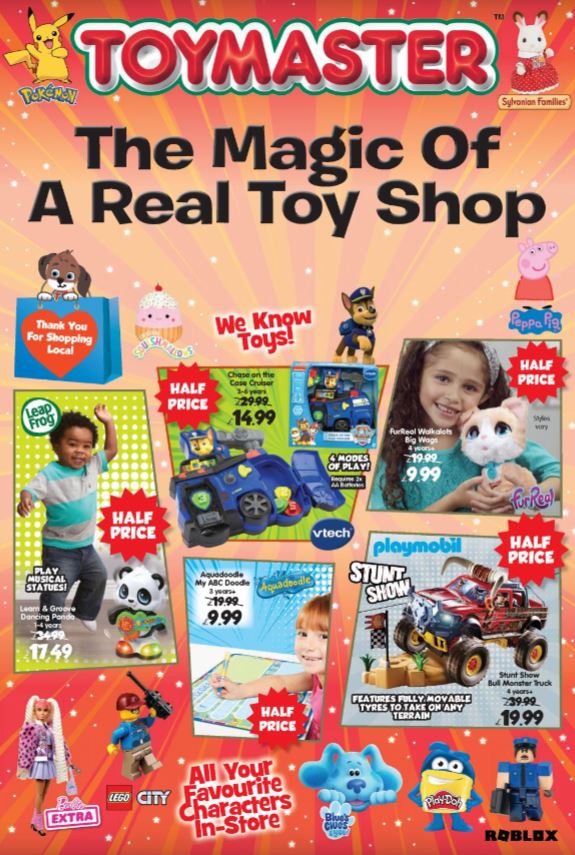 Indie retailers have told Toy World that they have been bringing in stock early this year in order to mitigate potential supply problems this year. (See our next Talking Shop feature in the upcoming October edition of Toy World.) And it would seem that the decision to be prepared is already paying off, as customers heed the ‘shop early’ messages promoted by the toy industry and have begun putting together their Christmas toy hauls.

After a strong summer, due to the high number of Brits holidaying in the UK, footfall is already picking up at toyshops up and down the country. One shop owner told local media that at least half of their sales last weekend were for Christmas presents. “People are prepping early and thinking ahead more than in other years, which is good news for us,” they said. Many are also choosing to do Christmas shopping in physical stores, rather than risk online orders which may or may not be fulfilled.

The Toy Retailers’ Association has been active in informing the media about toy supply chain issues, encouraging everyone to do their Christmas shopping early this year and saying that, although shelves in toy shops will not be empty, there might be less choice than in previous years.

Supporting its many members, Toymaster has brought out its seasonal catalogue, detailing what it describes as “just a small selection of our huge range of your children’s favourite toys.”

Many Toymaster members have reported positive changes with more customers shopping locally than ever before. The catalogue aims to reinforce to customers the value of supporting local, independent stores. The opening pages contain the message: “By supporting our independent family business, you are also supporting your local community.”

The catalogue also shares information about the BTHA’s Make Time to Play campaign, as well as how Toymaster is taking steps to address sustainability issues.

The catalogue is titled ‘The Magic of a Real Toy Shop’ and a statement within encapsulates everything the organisation stands for: “Our mission is to provide an extensive range of products, offer an excellent service and above all, demonstrate the real value in everything we do. We hope to see you in store soon.”

You can view the full catalogue below: