Selfridges enjoyed a 5% growth in sales in the 24 days leading up to Christmas, fueled in part by increasing demand for toys. 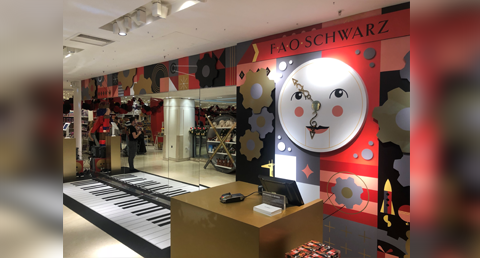 As reported by CityAM, Selfridges has reported strong sales over the Christmas period with toys a standout performer.

The department store also saw growth of 96% in vegan confectionery sales, while a newly-launched vegan hamper sold out. The confectionery hall, which opened in October, proved a hit with customers and included a vegan counter and chocolatier.

Other areas with robust growth were beauty menswear, which had an increase of 10% and 11% in sales respectively. The Selfridges store in Manchester also unveiled a new Accessories Hall after a six-month redevelopment project, increasing the size of the destination by 30%.

“We always aim to offer a great selection of exclusive products and extraordinary customer experiences, and this year has been no exception,” said Simon Forster, managing director, Selfridges. “2020 marks the start of a vital new decade in the race to secure a sustainable future. As a business with sustainability at its heart, Selfridges will be gearing up towards a major new campaign that will set the direction for the next 10 years of our journey.”