Robert Jenrick has announced that opening hours can be extended until 10pm six days a week when England’s lockdown is eased. 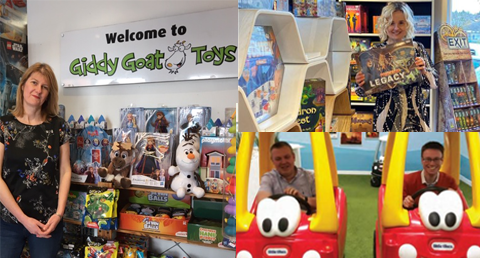 Announcing the temporary measures, communities secretary Robert Jenrick said: “To support businesses to reopen and recover, I’ve extended measures to allow shops to stay open for longer. This is part of a package of support to help reopen our shops and high streets safely, backed by £56m.”

Shops will be able to extend their opening hours from 7am until 10pm from Monday to Saturday in a move designed to help customers avoid peak times and ease transport pressures, according to the Ministry of Housing, Communities and Local Government.

Local councils, which currently stipulate when stores in their area can open, have been instructed to allow shops to trade for 15 hours between Monday and Saturday, for at least ten weeks from 12th April. Sunday opening hours will not be affected.

It remains to be seen whether the news will be welcomed by shoppers, who would theoretically be able to time shopping trips to avoid crowds, and retailer owners, whose revenues have been damaged by enforced store closures. Retail staff may be less enthusiastic about the prosepct of working until 10pm.

As toy retailers prepare for reopening from April 12th, extended opening hours is a new factor they will now have to consider. Some will see potential benefits in offering customers more flexibility in how and when they shop, but for others the additional overhead costs may act as a deterrent. From the indies that Toy World has been in contact with, we understand that the most popular course of action is to simply wait and see what footfall levels are like once all retail is fully reopened. However, the new proposal will mean increased flexibility from the usual working day is now possible.

Speaking to Toy World, Amanda Alexander of Giddy Goat Toys pointed out that many small indies simply would not have the capacity to open for longer. They are often ‘one man (or woman) bands’, she explained, with owners doing most of the hours themselves, either because this is how they normally operate or because they have had to furlough staff.

“I don’t think I’ll be opening longer,” agreed Lisa Clay of Armadillo Toys. “I normally work a nine hour day, six days a week, and that is enough for me! If it seems there is a demand I may change my mind, but I feel that longer opening will benefit larger out of town stores rather than a small independent toy shop such as mine.”

Stephen Barnes of Toy Barnhaus believes the announcement may reassure the publlic that they can avoid crowds. However, he added: “For most shops, I don’t think it will be necessary. We do not anticipate being that busy, but if we are, we will happily trade later. We found it was not needed even at Christmas though, as people generally visit shops during the day and then shop online in the evening.”

Retailers running an online service in conjunction with shop premises, like Toy Barnhaus, are also likely to need time ‘outside hours’ to process orders.

Lisa Dyson at Games Crusade in Harrogate told us that she intends to wait and see before reviewing her trading times. “There would have to be a lot of the high street remaining open late for me to consider changing our opening hours,” she explained.

The decision is likely to rest, at least in part, on the location of each individual shop. As Amanda Alexander, based in Didsbury, says: “Unless other shops round me extended their hours, it’s not something I would consider as we’re in a suburb of Manchester. City or town centre shops could tie in with supporting the night time economy, so people could shop late, eat out, etc. But you can already do that in Manchester city centre or the Trafford centre anyway.”

This weekend, Boris Johnson told the virtual Tory Party Conference that England was still on course for its ‘roadmap to freedom’, and an April 12th reopening for retail. The extended hours permission would run until at least 21st June, when lockdown restrictions are due to end.

“This will provide a much-needed boost for many businesses,” added Robert Jenrick, “protecting jobs, reducing pressure on public transport and supporting people and communities to continue to visit their high streets safely and shop locally.”

Readers can let us know their thoughts on opening until 10pm, or any other matters, by contacting a member of the Toy World team by email or on Twitter, Facebook or LinkedIn.