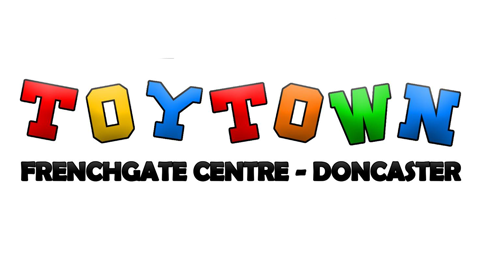 Toytown has told the Doncaster Free Press that its store in the Frenchgate Centre will close later this year, after enjoying trading in the centre for a number of years.

Commercial director Brian Simpson told the local media outlet: “It is with regret that I confirm we are due to close our long-standing store in Frenchgate shopping centre later this year, most likely before the end of September.”

Brian added that efforts have been underway to relocate the store in the town. “We have been in discussions for a long time with the landlords to find a better unit location in the centre so we could present our product offering to the customer base in Doncaster.” However, he explained that finding the right location was proving challenging, as Toytown is keen to develop its business and improve upon its recent performance.

“Our current location is in a very low footfall area and sales have been suffering annually since 2016,” he said. “We have looked at multiple options for units but none of them would have worked for our product displays, and we could no longer sustain the losses we were experiencing from the current location, so our only option was to close.”

Brain confirmed that the hunt for new premises is ongoing but admitted that this may take some time. “We are looking for other locations in the Doncaster area, but if this is going to go ahead it will likely be in 2023,” he added.

Having first launched in 1979, the Toytown chain has focused on shopping centre locations as it has grown and flourished over the last 40 plus years of trading. “Opening in shopping centres increases our profile with landlords, which leads to requests to open stores in other centres,” the management told Toy World. Even in challenging times, the team described the chain as “not only surviving, but thriving”, thanks to the strong family team behind the business operations and a series of shrewd commercial decisions.

In an interview with Toy World, then owner Brian Simpson told us: “If you stand still people are going to overtake you, so we will always endeavour to stay one step ahead.”