The movie will now hit cinemas on 10th April, a week earlier than initially scheduled. 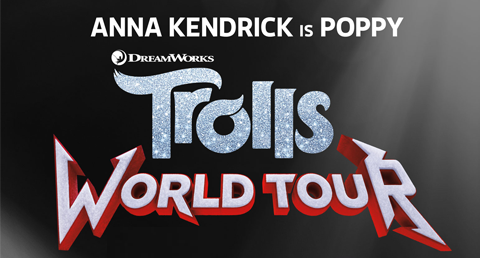 Originally set to arrive in theatres on 17th April, the Dreamworks Animation sequel has moved its release date forward by one week, to 10th April, a slot recently vacated by the James Bond film No Time to Die.

The move will be welcomed by toy retailers and licensees, as 10th April marks the start of Easter weekend, an important period for early-year toy sales.

According to some analysts, the spread of COVID-19 could cost the film industry billions in lost revenue in the short term; in addition to the postponement of the James Bond movie, the release of Disney’s Mulan in China has been delayed indefinitely, while numerous companies have pulled out of Austin, Texas’ annual South by Southwest Film Festival, including Netflix, Apple, and Amazon.

However, other movie studios will seek to take advantage of the prevailing conditions, as Universal has in this instance.

Trolls: World Tour, which sees Justin Timberlake and Anna Kendrick reprising their roles from the first movie, has been tipped by many toy retailers to be a strong performer from a licensing perspective, with an extensive line-up of licensees including Hasbro, Lego, Just Play (distributed by Flair in the UK), Funko, Wow Stuff, Ravensburger and Posh Paws.