The UK is one of the five territories named, but US Amazon site is not included on the list. 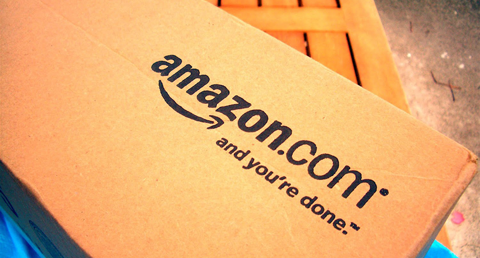 The Trump administration has accused Amazon of tolerating counterfeit sales on its platform in five international territories.

The US Trade Representative has listed Amazon websites in Canada, the UK, Germany, France and India on its “notorious markets” list of platforms which are believed to facilitate intellectual-property violations. However, the US Amazon site is not included on the list.

This year marks the first time Amazon has been included in the list. Congress created the annual USTR report to draw attention to unethical overseas companies, leading to questions over whether Amazon’s inclusion was politically motivated. Amazon has claimed that its inclusion on the list was part of a “personal vendetta.”

“Using this report to call out an American-headquartered company is a bad precedent,” said one industry official who asked not to be identified.

A senior USTR official who briefed reporters did not specifically say why Amazon’s US website was not listed in the report, but indicated that it could be in the future.

“We are going to continue to address the issues on counterfeit and pirated goods with our trading partners, and we’re considering seeking more information regarding commerce platforms, including those that are based in the United States, in future reviews that we do of notorious markets,” the official said.

Amazon said it strongly disagreed with the action, accusing the Trump administration of ignoring its efforts to make sure only legitimate products are sold on its website.

“This purely political act is another example of the administration using the US government to advance a personal vendetta against Amazon,” a company spokesperson said. “Amazon makes significant investments in proactive technologies and processes to detect and stop bad actors and potentially counterfeit products from being sold in our stores.”

Amazon’s relationship with the Trump administration has been under strain, following several recent clashes, including challenging the Pentagon’s decision to award a sizeable cloud computing contract to Microsoft, over Amazon. Trump has also publicly criticised Jeff Bezos over his ownership of The Washington Post, and the coverage he has received from the publication, and has accused Amazon of causing the US Postal Service to lose money.

Amazon claims to have invested more than $500m and had more than 8,000 employees working to protect the platform from fraud and abuse in 2019. The company said that it has also stopped over 2.5m suspect traders from opening Amazon selling accounts, with the effect of blocking more than 6b suspected rogue listings before they were published.