New tariffs said to be under consideration once more. 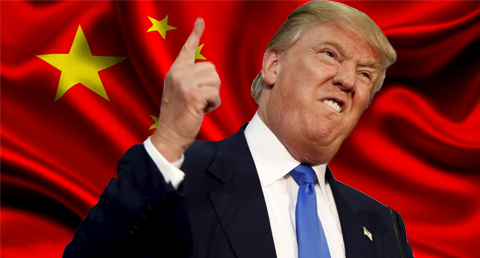 According to a Reuters report, the Trump administration is said to be “turbocharging” an initiative to remove global industrial supply chains from China, as it considers the implementation of new tariffs to punish Beijing for its handling of the coronavirus outbreak, according to officials familiar with US planning.

“We’ve been working on reducing the reliance of our supply chains in China over the last few years, but we are now turbo-charging that initiative,” Keith Krach, undersecretary for Economic Growth, Energy and the Environment at the US State Department told Reuters.

The US Commerce Department and other agencies are reportedly looking for ways to encourage companies to move sourcing and manufacturing out of China. Tax incentives and potential re-shoring subsidies are among measures being considered to drive changes.

Trump’s China policy has hitherto been punctuated by disagreements between pro-trade advisers and China hawks; now the latter believe an opportunity has come to advance their case. One senior US official was quoted as saying: “This moment is a perfect storm; the pandemic has crystallised all the worries that people have had about doing business with China. All the money that people think they made by making deals with China before, now they’ve been eclipsed many fold by the economic damage.”

Trump has previously threatened to introduce new tariffs on top of the up to 25% tax on $370b in Chinese goods currently in place. US companies and trade bodies such as the Toy Association have lobbied against the implementation of further tariffs, which would add further turmoil to a fragile economic situation, as sales plummet during coronavirus lockdowns.

The US government is said to be working with Australia, India, Japan, New Zealand, South Korea, Vietnam and Latin American countries to “move the global economy forward,” according to a comment from Secretary of State Mike Pompeo last week.  He suggested that these discussions include “how we restructure … supply chains to prevent something like this from ever happening again.”

However Doug Barry, spokesman for the U.S.-China Business Council, advised caution: “Diversification and some redundancy in supply chains will make sense given the level of risk that the pandemic has uncovered. But we don’t see a wholesale rush for the exits by companies doing business in China.”