Research from the Let Toys Be Toys campaign shows real progress has been made since its last study in 2015. 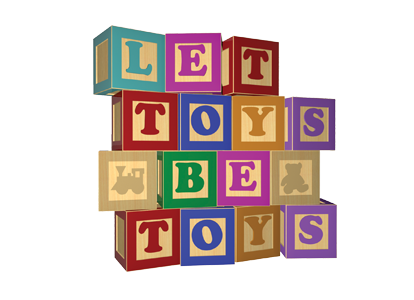 New research from Let Toys Be Toys shows more ads are now featuring both boys and girls and there are fewer categories where either boys or girls are excluded altogether, but stereotypes are still widespread.

Volunteer researchers analysed over 300 ads to examine what they are telling kids about what it means to be a boy or a girl, repeating research carried out in 2015.

Key findings included that more girls and boys were shown playing together: 49% of ads featuring children have both boys and girls, up from 36% in 2015.

Girls were also seen joining the boys: 26% of ads for vehicles featured at least one girl, up from just 4% in 2015, while 63% of ads for construction toys featured girls, up from just one out of 7 in 2015. All the ads for toy weapons featured both boys and girls, when in 2015, six ads in this category featured only boys, and one only girls.

The research also found the ‘pink zone’ is still mostly no go for boys and while the number of ads featuring only boys dropped from 29% to 12%, there was a slight increase in the proportion of ads featuring only girls, (30%, up from 28% in 2015). There were no boys included in any of the ads for fashion dolls, or fashion/beauty toys. A higher proportion of ads featured no children at all (18% of ads, up from 11% in 2015), 37% of these were ‘feminine’ coded in a similar way to the ‘girl only’ ads, with pink/sparkly colour schemes, female voiceovers etc.

Let Toys Be Toys campaigner Jess Day said: “It’s really good to see some real progress since we looked at ads in 2015, with a higher proportion of ads including both boys and girls, and more girls appearing in ads for vehicles and construction for example. There’s definitely more to do though, particularly in tackling the overwhelming pinkification of ads and products aimed at girls. Our four asks for advertisers give some simple principles to think about.”

Let Toys Be Toys has four simple headline asks to encourage advertisers to think more creatively about how they promote toys to avoid stereotypes which can be viewed here.

A new guide – Smashing Stereotypes in Advertising – has also been published by LIONS and The Fawcett Society to support advertising, marketing and communications practitioners who want to actively challenge gender stereotypes throughout the creative process. More information can be found here.