Lee Johnstone’s Volvo P1800 will be immortalised as a 1:64 Hot Wheels die-cast toy after being crowned the winner at Jay Leno’s Garage. 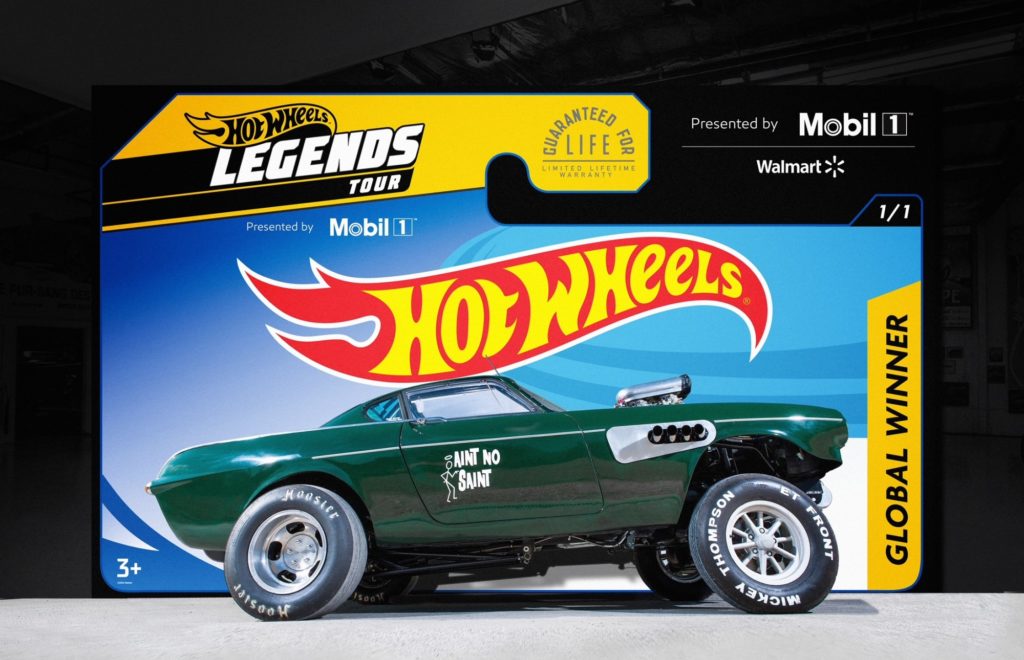 A UK entry has won the Global Grand Finale of the 2021 Hot Wheels Legends Tour, a worldwide competition which gives car enthusiasts the chance to have their car turned into a 1:64 scale die-cast replica to be enjoyed by children and collectors.

Lee Johnstone’s Volvo P1800 Gasser beat thousands of other entries of classic, modified and race cars to take the ultimate title after being crowned the UK winner last month. The announcement was made during a global livestream event at celebrity car enthusiast Jay Leno’s Garage in California on Saturday.

The 1969 Volvo P1800 ‘Ain’t No Saint’ Gasser built by Lee Johnstone, from Somerset, will join a prestigious group of custom cars in the Hot Wheels Garage of Legends and replicated as a 1:64 Hot Wheels die-cast toy.

The car was registered as new in 1969, and has been restored and modified by owner, 71-year-old mechanic Lee, who acquired the vehicle as a rusty rolling shell. Now sporting a Chevrolet 454 big block, its new power plant is capped with a 671 GMC supercharger and dual four-barrel carburettors, and it is finished in Volvo green.

This year’s global Grand Finale was co-hosted by Jay Leno and motorsports ambassador Jarod DeAnda during the livestream event, joined by automotive and design experts from around the world to complete the task of choosing the 2021 winner.

“The Hot Wheels Legends Tour has truly become a global celebration of custom car creations,” said Mattel’s Ted Wu. “With the addition of five new countries in the Tour, we have been able to reach and interact with millions of new fans and builders from around the world. The Volvo Gasser is a wonderful expression of authenticity, creativity and most importantly, garage spirit. We look forward to welcoming Lee Johnstone and his 1969 Volvo P1800 into the Hot Wheels family and presenting the world with our newest Hot Wheels Legends Tour die-cast toy.”

“Having my family here with me for this moment was so special,” said Lee Johnstone. “I am excited to have my car become a Hot Wheels die-cast toy and to be able to share my passion project in 1:64 scale with the world. It’s amazing to be the first UK winner.”

The 2021 Hot Wheels Legends Tour was made in collaboration with Walmart and Mobil 1. For more information, click here.