The scheme has until now provided financial support to SME companies attending international trade shows, along with assistance from industry trade bodies. 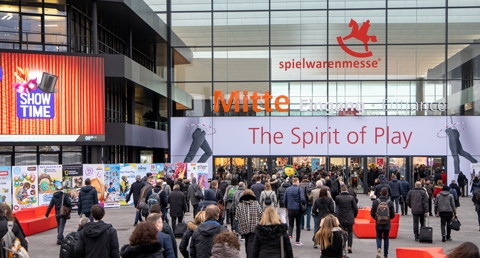 Export Partners UK, a collaborative group of industry trade associations, reports that  British SME exporters are reeling after the government cancelled the Tradeshow Access Programme (TAP) which provides financial support to British SME exporters. For over 30 years, the scheme and its predecessors, have provided much needed financial support to SME companies attending major international trade shows in conjunction with industry trade bodies. The programme provides funds from £1,000 to £3,000 to help SMEs export to new and existing markets. Many of the companies that took their first steps in international exhibitions in this way have gone on to become much larger companies and household names, and believe that, without the help on offer, they would have found it much more difficult to succeed.

Stuart Whitehill​ of the Overseas Fairs Division, which assists UK toy companies wishing to take part in the British Pavilions in Nuremberg and Hong Kong, expressed disappointment at the closure of the scheme, noting that, in the past, it had supported a whole host of SMEs from the toy industry.

Stuart told Toy World that the UK pavilion at Nuremberg had already sold out, with a waiting list on standby in case a request for more space is granted. Several companies on the 2022 pavilion have benefitted from the grant in the past and should still have been eligible (up to six grants can be awarded per company); some have now applied for alternative funding through the European Regional Development Fund (ERDF). Stuart added: “Some of these companies are now waiting to confirm if they still plan to attend.”

The announcement came just as new trade agreements are being signed by the government, and as companies look to rebuild their exports post Brexit and Covid19. UK exports saw a 14% drop on the previous year, and incentives for UK companies to participate in key international markets to generate export revenue and protect/create jobs are sorely needed. Stuart pointed out: “The entire TAP grant scheme across all sectors is a mere £6m, which compared to the cost of the last 18 months is nothing.”

The UK was the only European country not to increase its commitment to companies at trade shows (physical or virtual) during the pandemic. The Treasury has been ‘reviewing’ the scheme for the past 18 months, and no funding has been forthcoming.

“France, Germany and Italy offer 50% funding to their SMEs whilst Turkey and Russia can offer up to 80%,” added Stuart. “The UK pavilions at the toy shows are often well represented but at shows in other sectors it is not the case, and the UK often looks quite pitiful. Nevertheless we will continue to push for support of some sort.”

EPUK says it has repeatedly offered government its expertise and support in developing a new programme to help develop and increase exports for British industry. The organisation has now written to Graham Stuart MP, minister for Exports and Stephen Barclay MP, chief secretary to the Treasury, to express the industry’s shock and disappointment at the decision to cancel the programme without warning or consultation, to ask for this decision to be reversed and for an urgent meeting between industry and government.

Writing on behalf of EPUK, Paul Alger, chairman, stated: “Ending the TAP scheme at this pivotal time for our country, is disastrous for smaller SMEs coming through. At a time when we should be getting out there and making a success of Brexit, this decision puts the next generation of entrepreneurial British exporter in great jeopardy.“