ParcelHero warns that the shortage of drivers has become critical, while the online shopping boom has created an urgent need for extra warehouse space. 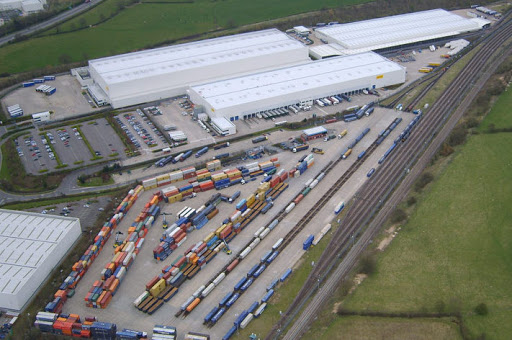 The national shortage of truck drivers has escalated to the point that there have been calls for the army to mobilise to protect the UK’s food supplies. ParcelHero says the UK has a shortfall of around 70,000 drivers that could lead to delays, empty shelves and higher prices – not just in food retail, but right across the board.

Last October, ParcelHero warned of an inevitable driver shortage as around a quarter of a million EU workers left the UK in response to new Brexit employment rules. There is now a shortfall of up to 70,000 HGV drivers. ParcelHero’s head of Consumer Research, David Jinks, commented: “Home deliveries of food and goods are already being impacted by the driver shortage, with some stores also running low on stock. The mass exodus of EU drivers and warehouse operatives has been exacerbated by the impact of Covid-19, which brought the training of new lorry drivers to a standstill.”

David believes that UK retailers and their supply chain partners now face a perfect storm. Ken Murphy, the chief executive of Tesco, has admitted his company is having to work hard to keep up with the shortfall, while some wholesalers say they have already reached crisis point.

The Federation of Wholesale Distributors (FWD) and other organisations and retailers held a crisis meeting with the government, and were disappointed with the lack of progress made in addressing the problem. “The Road Haulage Association (RHA), which represents freight transport companies, says the government must temporarily suspend drivers’ working hours restrictions and place the role of delivery driver on the UK’s Shortage Occupation list,” explained David. “Other organisations are calling for the government to temporarily suspend limits on the number of non-UK workers entering the UK because of the unfolding crisis.”

He continued: “Few UK citizens are keen to train as new drivers and many existing professionals are leaving their jobs. Once abroad, drivers face huge delays at customs and intrusive Covid testing. In the UK, there’s a reduction in truck stops where they can rest safely and the introduction of IR35 tax changes that have driven up their costs considerably.”

ParcelHero is among the organisations calling for UK drivers to be more widely recognised and compensated for the essential role they play in supporting industry and retailers. David also believes that the UK government must work with the EU to clear up issues around customs delays and charges, Northern Ireland deliveries and increased transport costs, saying that the UK-EU Brexit agreement, “is clearly not fit for purpose.” ParcelHero has provided more on the ongoing UK-EU trade problems here.

Meanwhile, the recent online shopping boom has driven a rush for warehouse space. Robin Woodbridge, head of capital deployment at warehouse logistics company Prologis, said: “I’ve been working in logistics for 30 years and I’ve never seen demand like this.” The company has been building new warehouses as fast as it can, but is struggling to keep pace with demand.

New research from Savills, commissioned by the UK Warehousing Association, confirms a dramatic increase in warehouse space in the last six years; an increase of 32%, or the equivalent of an extra 2,396 football pitches. High Street retailers used to be the dominant occupiers, but have now been overtaken by third party logistics providers which fulfil and deliver online shopping.

Prologis’s biggest park, just off the M1 near Northampton, is a vast site with three rail freight terminals, but is still undergoing expansion. A super-sized warehouse will be Royal Mail’s biggest parcel hub, processing more than a million packages a day. When the vast logistics park is eventually filled, it expects to employ 15,000 people, with a new training academy to help attract and train people for a career in logistics.

“As online retail has grown, the type of people required in warehousing has changed as well,” commented Kevin Mofid, head of industrials and logistics research at Savills. “Now it’s robotics engineers and data scientists. Warehouses have become huge centres of technical excellence to gain efficiencies.”